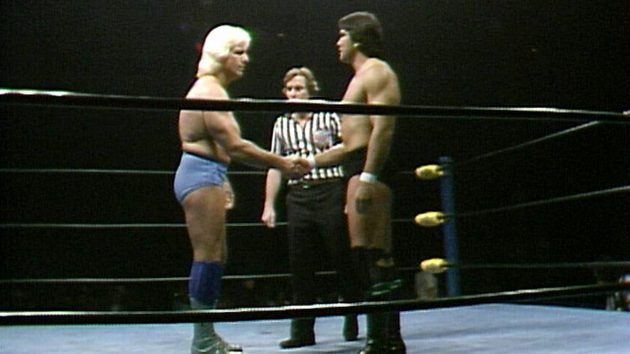 What was once a simple Network Special…is now a band on the road! Jenny & The Gems head back into the Hidden Gems on the WWE Network for their next gig! Join Jennifer Smith, Matt Souza, Drew Wardlaw & Scott Criscuolo as they go back to March 1984 for Boogie Jam, brought to you by Mid-Atlantic Championship Wrestling. There’s more to this show than an epic NWA World Title match, so much more. From Don Ker-noodle, to the big pop for Dory Funk, to a debate over a lack of commentary. So join the band in Greensboro for this epic Missing Gem!