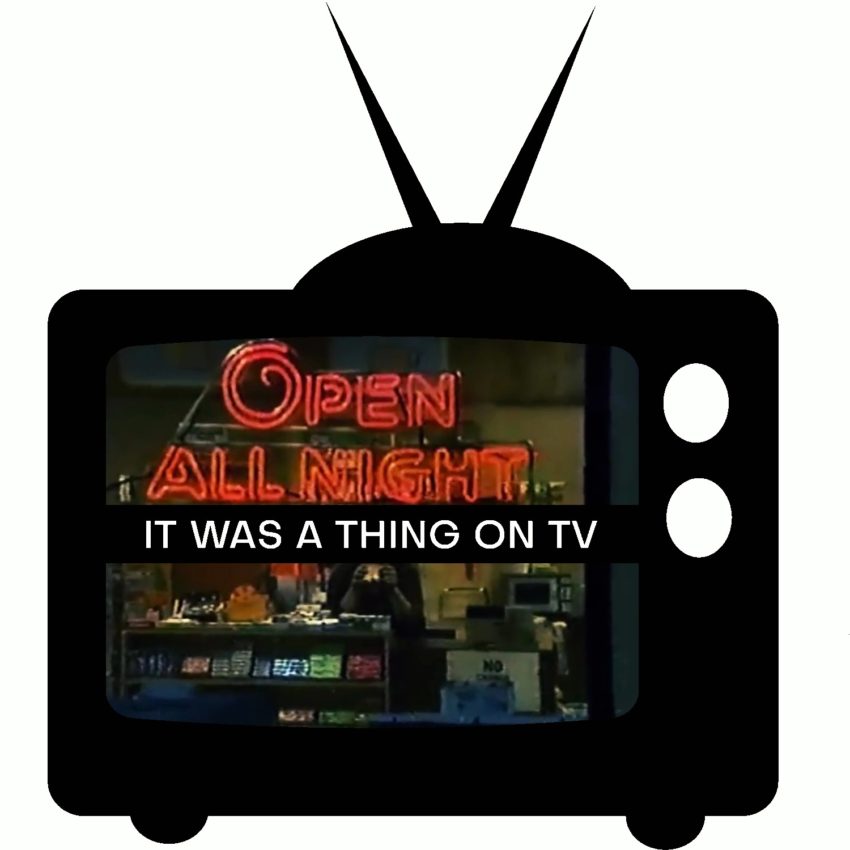 This is the story of Gordon Fester. Born in Ohio the day before Easter. Had a normal childhood, did ok in school. Graduated from Columbus High in 1962. Now he’s Open All Night, Open All Night.

Sorry about that folks. This week on It Was A Thing on TV we’ve got two episodes of forgotten TV that Mike, Chico and Greg will take a look at.

First, we have the 1974-75 ABC Game Show “The Moneymaze”. 1975 was an amazing year for game shows, good and gimmicky. One of the gimmicky games involved people running around a giant maze, trying to win cash and prizes. It sounds corny but The Moneymaze is a fun show to watch.

Also we cover the 1981-82 sitcom “Open All Night” that was broadcast on ABC. This show was brought to our attention by Greg, as he stumbled across a cameo in the 4th episode. Open All Night is not a bad show, just short-lived because it aired on Saturday nights. But that theme song.

Remember to follow us on Instagram and Twitter (aka Jack Dorsey’s Hate Box) over @ItWasAThingOnTV or you can email us any questions or show suggestions at contact@itwasathingontv.com