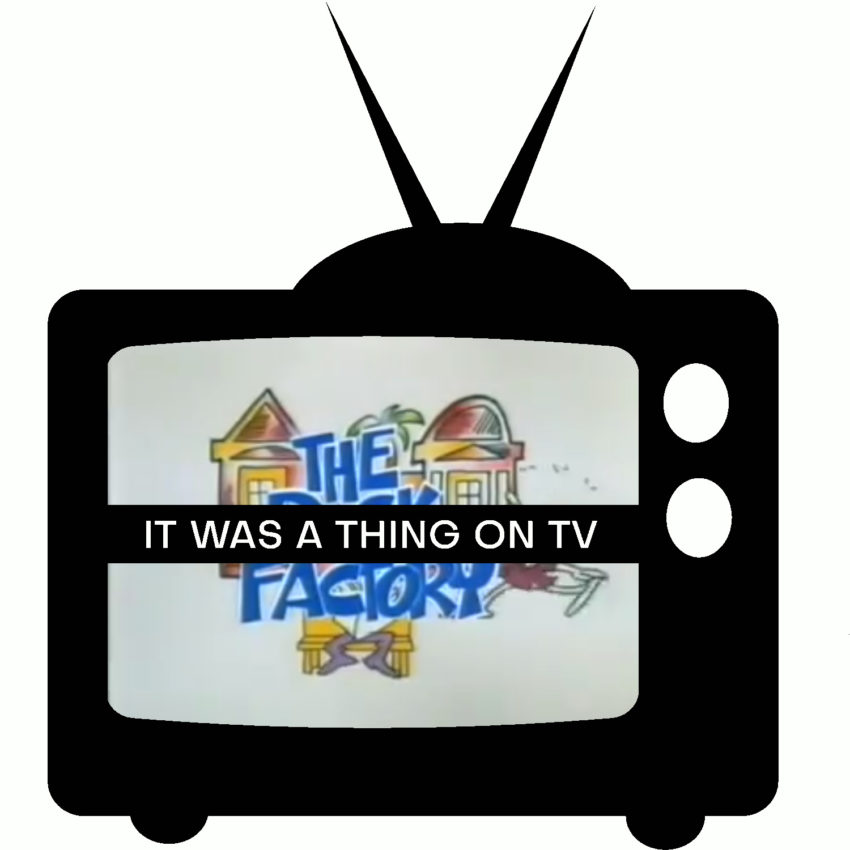 Alert St. Peter because this week we’ve got another trilogy of topics for Mike, Chico and Greg to talk about on It Was A Thing on TV. First, a sitcom with Jim Carrey!  It can’t fail…can it?  (Isn’t that why we’re here?)  The Duck Factory was a comedy about the animation industry with very few animations, a young not-so irreverent Jim Carrey, and an established cast of characters.  What went wrong?

Next, Second Chance (1987) had a different premise but was low-rated and given a second chance.  It was stripped of its premise and turned into an average teenage boy sitcom called Boys Will Be Boys.  After 12 episodes of this retooled show, it was cancelled and not given a third chance.

Finally, brew up some coffee and enjoy this look at Jim Henson ads from the late 50s and early 60s.  The commercials were to-the-point and were effective.  Sixty years later, they are a blast to watch. Follow us on Instagram and Twitter over @ItWasAThingOnTV and if you want to email us for feedback and show suggestions send one over to contact@itwasathingontv.com.