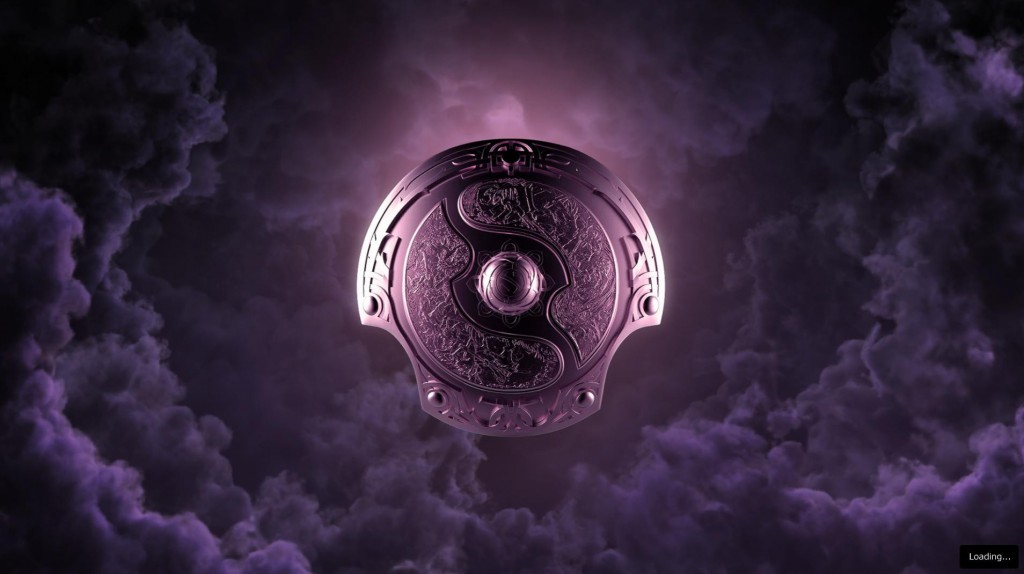 If TI4 were a snake, I would have been bitten. One day, I’m logging on to DotA 2 to see if any of my friends are on so we can play together, and I notice that in a clan that I joined to leech from those who pooled tournament tickets so I could watch for free, they are discussing tournament results for teams that sounded more familiar than usual. Sure enough, Phase One of TI4 had started while I wasn’t looking. With four games going on simultaneously, I had to choose wisely while stubbornly avoiding Twitch multistreams. I caught what I could of Liquid, an American team that seemed to be playing over their heads only to be eliminated during the first few matches of Phase Three against LGD, where they suddenly seemed to become aware that of the idea of winning $500k for playing a video game. [A]lliance, champions of TI3 (2013) did not even make it through Phase Two and were summarily dismissed in shame, unable to adjust to the current meta given the limitations of their hero pool viability. DK, my favorite to win the whole thing, looked formidable against Invictus Gaming (iG), the TI2 (2002) champions during a best-of-three, but would later fall.

However the surprise of the tournament, and part of the reason why so many DotA 2 fans were disappointed at the finals result, was Newbee’s performance. Facing an elimination game against Titan during Phase Two, they swept through the likes of iG and fan favorite Na’Vi in order to earn a place in the Main Event Upper Bracket. There, they would defeat both Vici Gaming and Evil Geniuses in order to guarantee a minimum of $1.5 million dollars as the lowest they could place was second. They patiently awaited for Vici Gaming to play its way back into the upper bracket for the Grand Finals where they were smacked down again, 3-1, in the most underwhelming Grand Finals in DotA 2 The International’s short history. Many DotA 2 fans claim the games to be fixed since the Finals consisted of two Chinese teams, but I believe they were just upset because their favorite team(s) were summarily dismissed. Again, Newbee beat numerous teams, including two former The International champions (again, Alliance was eliminated before the Main Event Phase and they would have been beat too), so to question their accomplishments is just being a sore loser.

In a shocking turn of events, I noticed that my wife would pay attention every now and then, so I switched the shoutcast to the inaugural “newbie friendly” option in case she was listening and would learn a thing or two. She noticed that they the casters “all of a sudden” became meticulously detailed in their descriptions of items and strategies and asked if I had changed the settings. But of course! This is the first in nine years of our marriage that DotA has not created a rift between us. Actually, without cable television, TI4 has given us both something to do. It was one to remember; I did not care for iG winning 2002, but international DotA has grown on me (especially because IceFrog changed the meta to deviate from the “ricing” style of competitive play).

Before I discuss my favorite heroes, I would like to credentialize myself beyond what I have established in the first two parts of this series. Though not necessary, I just feel like doing so for the sake of transparency. When I first started playing DotA 2, dotabuff.com was a fledgling site. Many (bad or professional—there were no in-between) players felt that their privacy was being invaded since they would be harassed over how they performed with certain heroes. I say this with tongue firmly planted in cheek, but how else can one instantly determine the skill of a random player besides a quick glance over their career stats? Nevertheless, Valve created options so that players would have more control over who can see their stats. Valve also added a visible MMR rating for ranked solo and “team” matchmaker games to supplement the invisible MMR that has existed since the beginning when the only mode we had was All Pick, my least-favorite mode. Accordingly, I make my DotA 2 career known to all.

At the time of this writing, I am sitting on 3895 MMR ranked solo. My personal goal since ranked games were possible when I debuted at 3800 has been to reach  4k, and then I would “retire” from ranked solo, but I have been stuck, always queuing a super-hard game right at the precipice of 3900. I have somewhere around ~3500 MMR in party ranked, but I really could not care less about that since I do not know any “friends” whom I consider good and play often enough. Seeing that my name is Zero Tolerance, I don’t care for ragers who blow up on people in games or do passive aggressive things such as throw the game by farming the jungle when we should be pushing (thank God I am out of The Trench!). I also don’t care for pubstars who always want to play crappy heroes (usually carries). I only know one person IRL who plays DotA besides myself, but I barely know them as the spouse of one of my ex-graduate school peers, so my “friends” are really just strangers whom I have picked up due to a combination of their skills or personalities. Unfortunately, the individuals who have higher MMR than I do tend to dodge me, never inviting me to play or responding to my invites. Lower MMR “friends” of mine do this too, but I never try to dodge them (if I didn’t want to play with them, I would remove them from my list).

Note that my w/l% is below 50%. When people debate about w/l records or MMR, it’s funny to me that I have higher MMR than some people have w/l. For example, one of my “friends” has 4k team MMR and a higher w/l% but he has a lower solo MMR than I do. Does that mean that he’s better than I or I better than him? Depends on how much you care about stats. Looking at my dotabuff, Lina is probably my best hero right now despite that I only win 40% of my games with her. The low win % can be attributed to many factors, such as me picking Lina in an impossible-to-win scenario where the other team has top-tier heroes with stuns like Centaur, Tidehunter, and Wraith King and my other four teammates picked Sniper, Drow, and Nevermore. I go into those games just to see how well I can do as an individual since Laguna Blade, Lina’s ult, is one of my favorite skills in the game. Other times, I suffered from “Queen of Pain syndrome,” getting off to a great start and falling off later in the game as the enemy carries get strong and mine begin to falter due to mistakes earlier in the game (QoP has really fallen out of the meta even though she could once snowball). In other words, my carries often failed me. Now with Lina, she has been significantly buffed in recent months; the bkb-penetrating Aghanim Scepter is almost no longer a luxury item for mid to late-game, and her ranged has been increased so that she need not stand closer to , so now Lina can remain relevant like other spellcasters like Witch Doctor , but win percentages over a lifetime of play will marginally reflect changes made only recently.

Man you see all those mental gymnastics right there? There is some relevant information in there, so I want to retain it post-draft as an example of what people do when they think they are better than they are—such as dismiss the idea that they might be the cause of their struggles—and I am no exception. In my head I am a 4k player but the reality is that I am not. A day of taking a break from writing this and playing DotA, I ran CD mode and played as Lina mid solo. In high level play, Lina doesn’t mid solo. Lina might not even be picked—her closest comparison is Lion because of their ults, and he is almost always a recommended pick over Lina. So right at the precipice of 3900 is likely where I belong despite my…displeasure. I know from personal experience and threads around the internet where DotA players gather that I am empirically better than a 3500 player, so a 4k player is probably better than I am.

If someone ever asked me what I think is my greatest weakness at DotA, it would be initiation, in all facets of it: who, what, when, where, why, whom. I am much better at following up to the initial clash, but instigating fights? I dislike dying too much, and initiators generally take the brunt of the first salvo of spells during a teamfight. Then again, my tendency to avoid fights prevents my team from taking a fight that we cannot win. Such is the difference between a good or bad initiator.

The best way to evaluate yourself is to watch a replay of yourself. Even if I am not actively playing DotA, I might “spy” on my “friends” to further evaluate their skill beyond what I experience while playing with them, and sure enough, they all have lower MMR than I do and it shows. All the little things that you see while watching someone else play—not lasting a single creep in an entire creep wave or getting hooked by Pudge when you could have just blinked out of the way or failing to deny a tower because you could not time the catapult correctly—are further exacerbated when you see yourself doing the same thing. It’s humbling.

Now with all of that business out of the way, the remainder final chapter to our series leading up and after The International 2014 is dedicated to talking about actual heroes and strategies. Originally, I was going to write three categories under strength, intelligence, and agility heroes: “heroes I enjoy,” “heroes I hate,” and “heroes I wish I could play well. After doing a few paragraphs on about five heroes, I would never get this piece done (it’s already two weeks behind TI 2014), so I will simply concentrate on my good heroes and save the other write-ups for some other time, if there is demand.

So without further ado….