“He made the tag! The GWWE made the tag and now the Tag Team Project is running wild on wrestling apathy and sloth all across the Place to Be Nation!” – Read in Good Ol’ J.R.’s voice

Last year, Place To Be Nation (PTBN) conducted their Greatest WWE Wrestler Ever (GWWE) project, leading to many of us discovering tons of new wrestling to enjoy, thanks in large part to recommendations from other participants. To continue the momentum from the GWWE, PTBN is running a new project voting on the 100 Greatest WWE Tag Teams, and you can join the discussion on the Facebook group here.

Keeping with the spirit of collaboration from GWWE, I decided to write about some of the teams I’m watching as I do my homework to make my GWWE Tag Team list. I’ll pick at least half a dozen teams from different eras each week (and future lists will look at older teams, I promise). The tag team list is completely subjective, so without the NJPW guidelines, I had to decide what to consider for criteria, and to include in this column. I am looking at match quality (how does the team work together and execute basic tag team wrestling, which will show up in nearly every match), top-tier matches, longevity (measured by # of matches) and combined days of tag team reigns. If I think a team has a particularly strong intangible (like Demolition or the New Age Outlaws being super over or New Day’s character work) I’ll call that out too. I use Wrestlingdata for the match stats with Cagematch as a back-up if I can’t find what I need. I’m also less interested in exact totals than in giving a general picture of longevity and title reigns. You can determine your own criteria, but I thought you might be interested to see the stats.

I’ll try to do one of these regularly, BUT I need your help. If I missed a match you think voters should watch, let me know, preferably on the Facebook page, but comments after the article will work too. If there’s a team you want to see me talk about let me know and I’ll add them to the list and try to get to them. I’m trying to include a mix of the major teams, short-term teams and teams I love and dislike each week. I’ll add the range I expect a team to appear on my list, but keep in mind that’s very flexible, especially during these early columns. Let’s get started: 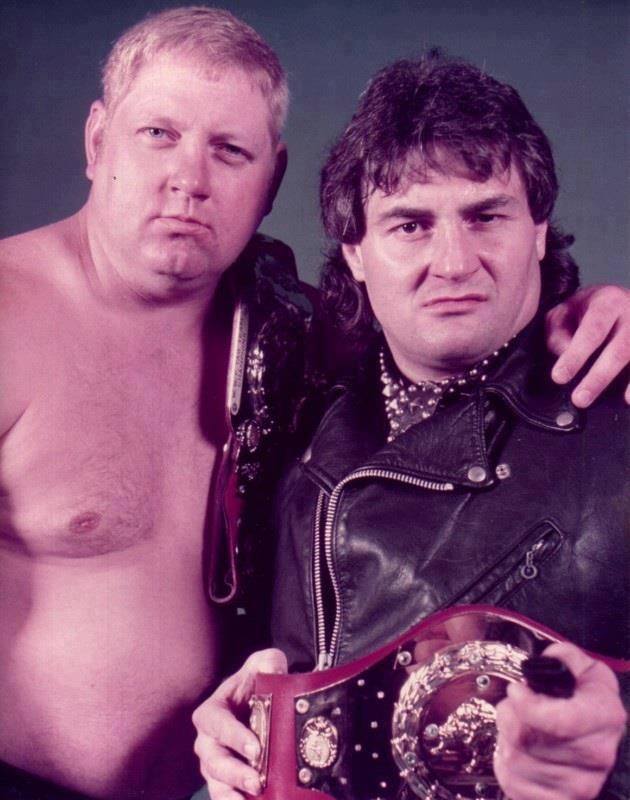 Thoughts: I’m not sure they’re really a hidden gem, since both guys have always been considered great workers, but I was unfamiliar with their team and they’ve greatly exceeded my expectations. Murdoch and Adonis both bump and stooge like crazy, making their opponents look good, but also cut off the ring and cheat like nuts to draw heat. The Slaughter & Daniels and Backlund & Blair matches can both be found on the Facebook page, along with some other matches. Their title win over the Soul Patrol is on the Johnson & Atlas entry and clipped versions of their loss to the US Express are on the network and elsewhere. I wish they’d stayed longer and had more matches in general, and more with the US Express and eventually British Bulldogs, specifically. But their match quality speaks for itself, and a 279-day title reign is nothing to sneeze at. It’s still early but the North-South Connection has been the “discovery team” from the pre-WrestleMania-era for me to date.

Placement Range: I think they’ll make my top 35 or 40 and have upside potential. It’s hard to see them moving much higher than 25 as other teams have a deeper resume, but I love what I’ve seen from Adonis and Murdoch. 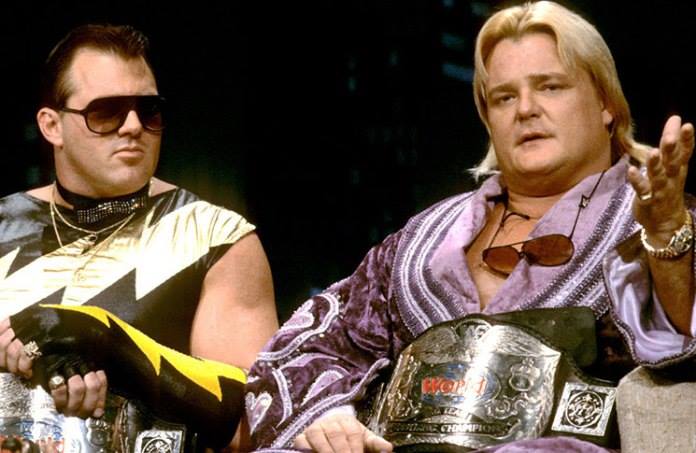 Thoughts: I think the Dream Team is one of the more underrated teams in WWF history and potentially in this project. People tend to shit on them a bit because they don’t like Beefcake, and while a lot of Beefer’s later stuff leaves a lot to be desired, he was fine when teaming with Hammer. Certainly, the best matches of his career came as part of the Dream Team. That match against Santana & Steamboat is terrific, and they had some of the Bulldogs’ best WWF matches. I wish there was more footage of their matches with the US Express, as I saw a house show match that was quite good, but I fear may have been lost to the sands of time or WWE’s Sword of Vengeance on YouTube. Still, there’s a lot of good Dream Team stuff out there. Hammer’s a fantastic worker, always getting great heat on any babyface team worth a damn, and Beefcake seemed game to try and keep up. Their longevity is a bit light compared to the elite teams, but they have a very strong catalog of top matches.

Placement Range: They could end up in the mid-to-late teens on my list, and I’d be really surprised if they fall outside my top 30 or 35. I may be a bit higher than most on them, but they are the common denominator in so many of the great matches of the early Golden Age of Tag Teams in the mid-80s. 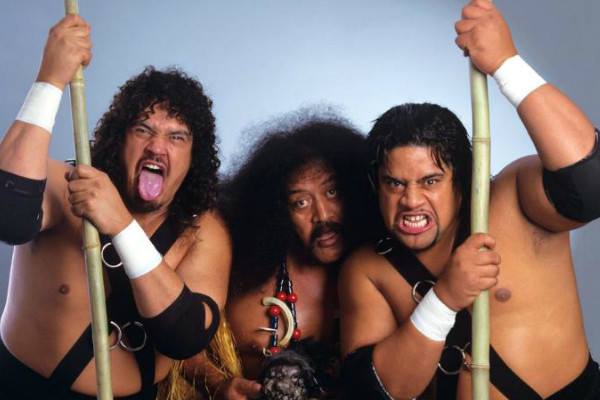 Thoughts: Love me some Headshrinkers. They’ve got a great power game (and it’s always fun seeing them squash jobbers dead) and incredible agility for their size. And with the combined brainpower of Afa and Capt. Lou Albano, I’m shocked they didn’t hold the titles for years. But like so many of us, they fell victim to the temptation of raw poultry. Still, they managed to have some really good matches. The Steiners WrestleMania match is probably their best one, but I like the six-man at SS ’93 and the title win from the Quebecers on Raw. There are plenty of offerings of them destroying jobbers on the network, as well.

Placement Range: They feel like a top-half type of team, but it’s still early and that may depend a bit what other teams impress me. Still 40-65 range seems about right.

Thoughts: The Two-Man Power Trip had a good Raw match with Stephanie against the Hardys and Lita and a pretty lousy PPV main event against the Undertaker and Kane. But who the hell am I kidding? They’re in the discussion for one reason and it’s the Raw tag team match against Chris Jericho and Chris Benoit that still stands as one of the best tag matches ever on Raw. While that match is outstanding, I think it does benefit a bit from the fans’ relief at the time of seeing new blood in the main event (after the matches with Taker and Kane from that time, who can blame them). The match also grew in legend a bit, since it’s the match where Triple H tore his quad for the first time (and props to him for toughing it out until the finish in that one). My gut tells me that match puts them in the upper-midcard of short-term teams, behind the SmackDown Six teams of Edge & Mysterio and Angle & Benoit, Benoit & Jericho (they were in the same match and have other stuff), Shawn Michaels & Diesel, Mr. T & Hulk Hogan and maybe Michaels & Austin, but ahead of most other short-term teams. Also, the years teamed is a bit misleading as they teamed together for one-off shots in 1996, 2000 and 2002, but the bulk of their work came during that 2001 run.

Placement Range: A definite maybe. Seriously, this will depend on how many short-term teams with great or historic matches I include. They’ll be in the back quarter of the list, or just miss the cut, depending on how things shake out. 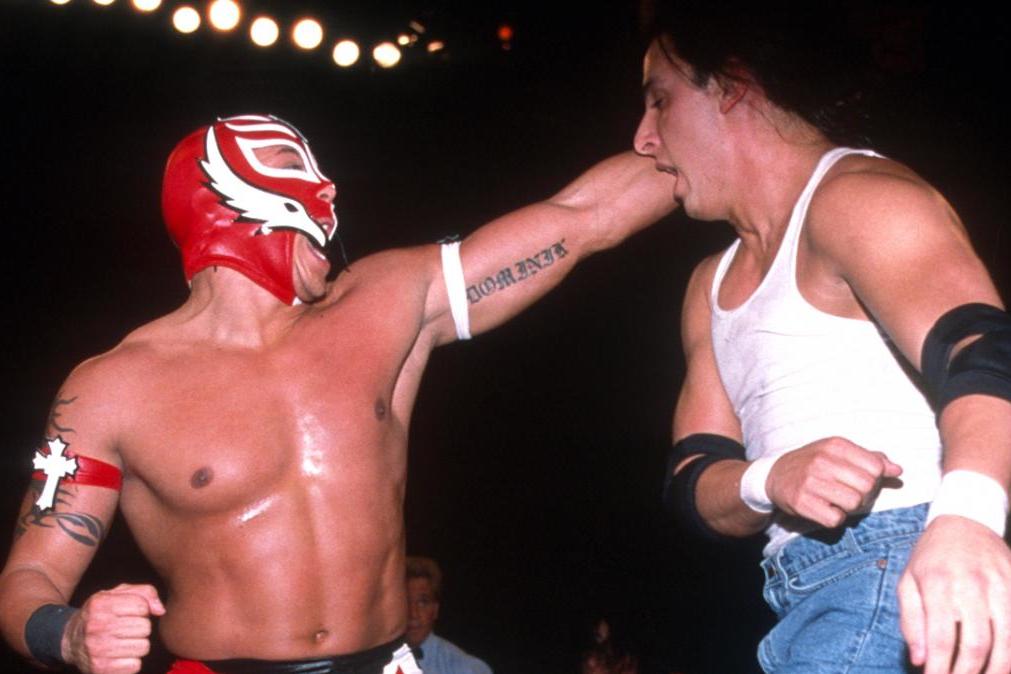 Thoughts: Kidman and Rey are a tremendous high-speed, high-energy, high-flying tag team. Their match at Vengeance ’03 is their best match (and maybe TWGTT’s but I hope to talk about them in a later article), and the two teams had matches on SD on 3/13/03 (#186) and 8/14/02 (#208). Kidman and Rey took on the Conquistadors on episode #204 of SD and Matt Hardy and Shannon Moore on episode #205, if you’re a completest. Still, 24 matches isn’t much to go on, with no title reign to boost things up. As good as the Vengeance match is, it’s not an iconic all-timer nor particularly historically significant, so I can’t see this team getting near the top of the short-term teams. I did enjoy watching their matches, though.

Placement Range: On the outside looking in. 100 spots is a lot, so I won’t completely rule them out, but I don’t see them making my list. 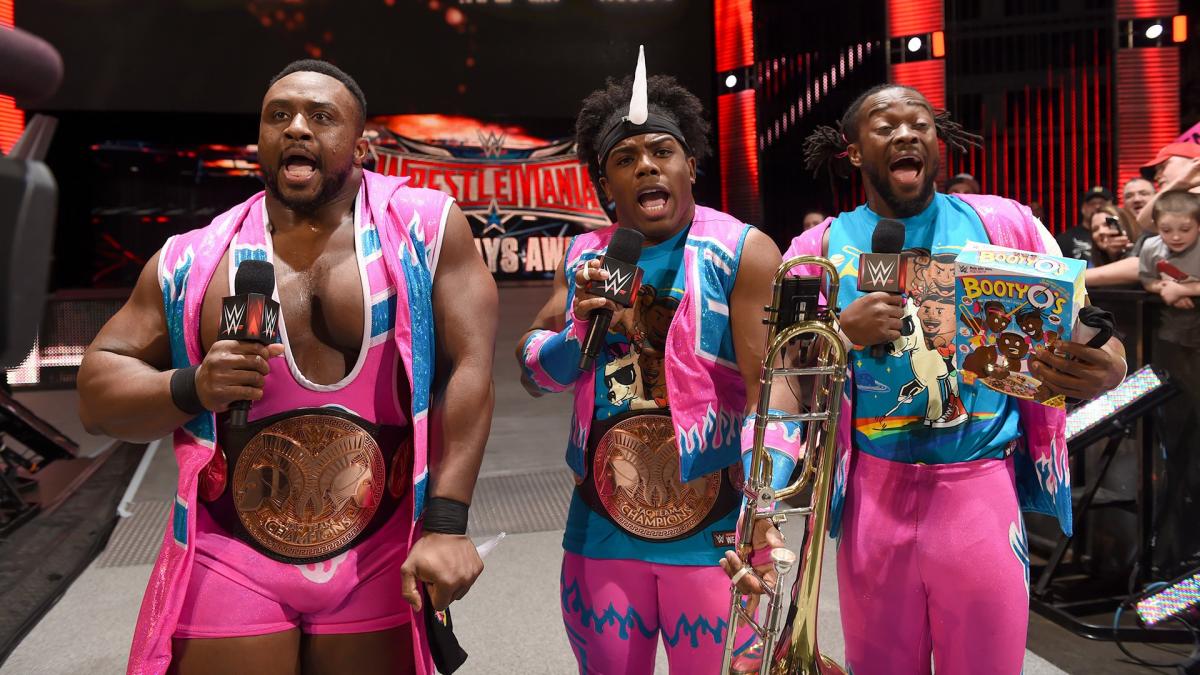 Bonus Intangibles: Perhaps the best character work of any team in WWE history. They’ve certainly been called upon to fill more non-wrestling segments than most teams.

Thoughts: Don’t you dare be sour… yadda, yadda, yadda…and FEEL the power! I rarely “get” the New Day’s shtick (and if anybody gets the deal with the f’n pancakes, by all means enlighten me). But I can’t discount the fact that they’ve done more character work, more skits and promos and been asked to fill more TV and PPV segments than maybe any tag team in history. These segments are hit or miss, but with more hits than misses and some fans completely eat up their characters. And you’ve got to give them points for originality, as there has never been a team with characters like New Day. They’ve been doing it for a long time, too, as their 595 matches to date puts them within a few matches of the Hardy Boyz and behind only the Usos, Hart Foundation and Dudley Boys of the teams I’ve tracked so far. They have the longest tag title reign recognized by the WWE.  You can’t fault their matches either, as they have good matches with nearly everyone, and have shown strong versatility working as heels and babyfaces. Their top-end matches stack up well with virtually anyone, particularly their epic feud with the Usos last year. I also really liked their matches with Kidd & Cesaro. The two-out-of-three falls match at Payback was probably the best, but I liked random matches from Main Event between the two teams, as well. I can’t remember seeing any New Day matches that I thought were bad.

Placement Range: Easy top five for me. Honestly, I don’t know what more you could want out of a team. They’ve got the longevity, the long title reign, the classic feud and matches and great character work. Any criteria that don’t place the New Day high would seem pretty booty to me.

That wraps up part one of the House Afire series. I enjoyed giving you a peek into how I’m working through this process. Hopefully, you found something of value, but if I didn’t entertain, disappoint or enrage you, we’ll try again soon. Remember, if you want to add to the discussion, agree or disagree with my takes on these teams, or just join in on the fun of the tag team project, join the Facebook group.