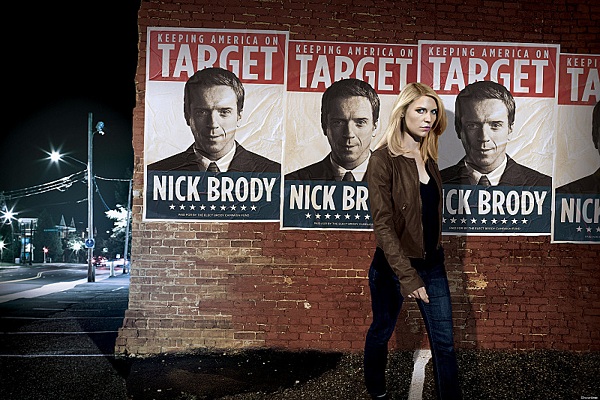 Jen Engle and Chad Campbell have combined their TV watching expertise to give a rundown on the season premiere of Homeland and some overall thoughts on the series as a whole.

CHAD: Hey Jen, what did you think of the season premiere overall?  Did you think it was risky to not feature Brody at all in this episode?  Do you think there is enough substance between the secondary characters to keep things interesting?

JEN: I thought that “Tin Man is Down” was a pretty decent way to open up the new season. Although they didn’t feature Brody in this episode, and they aren’t going to feature him in the next, I think that it was the right way to start out. Brody is on the run, and nobody knows where he is at this point. It doesn’t make sense to feature him just yet while they are attempting to piece together the last 58 days for us.

The season opened with Carrie being questioned by a Senate committee about the bombing at Langley. Carrie is not doing a good job with her poker face, and we can see that she’s slipping back into the Carrie of Season 1. I think that there is so much going on with Carrie, Saul, Quinn and Brody’s family right now that we don’t need to see what’s happening with him just yet.

What did you think? I think we’re going to see Carrie in another downward spiral, and I’m already bored with the subplots involving Dana Last season she was involved with a hit and run, and now this season she’s sexting a boy she met while she was supposed to be rehabilitated after a suicide attempt.

Who do you think the mole is? And what are your thoughts on Dar Adal? 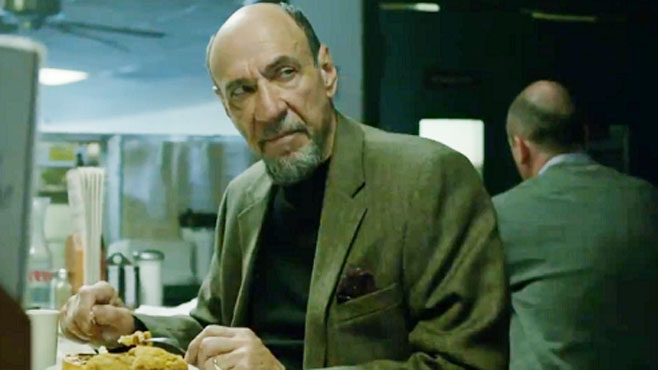 CHAD: I really enjoyed the episode a lot.  There wasn’t a ton of huge developments in the pilot besides Saul throwing Carrie under the bus, Dana sexting, and a CIA operation on enemies we have never heard of.  However,  I thought the strategic choices made in this episode such as not featuring Brody and insisting on keeping a big narrative with Dana and examining the families ramifications of what Brody has done was some of the more confident decisions made since the “Q&A” episode last year.  I have no idea whether Brody will show up in episode 3 or 7 but I am generally ok with that based on the performances in this episode.  The Dana plot to me is a refreshing stance that differentiates itself from shows like Breaking Bad and Mad Men who also have youth characters but didn’t have their discoveries until much later on in the series plight.  Her last year with the hit and run storyline was very ugh and scattered overall, but I have hope that she can reach the emotional ramification beats that made some of her season one scenes so enchanting.

Carrie certainly had the crazy cry face out in full force in this episode.  I can see some people being turned off by her crying constantly, but it is not like you can just write out of a show a bipolar condition.  Her not having Saul’s guidance and calmness seems like really murky water for her future and stability.

Far Dal had a ton more screentime in this episode than in the snippets we saw last year, but he remained his mysterious tone overall.  I don’t think (hope) that the show will make him a “big bad” or the mole within the CIA but I don’t fully trust him either.  I actually kind of like the narrative that the mole will never be discovered.  That can seem like a cop out, but  does force the show runners to make some interesting plot points in other areas.

What do you think about Dar Adal and do you have any good mole theories (thankfully the Saul is the mole camp has shut it)?  Also, are you a fan of the CIA portions of the show or when the characters are at home?

JEN: I am not sure who the mole is. Part of me thought it was possible for it to be Saul for a minute there. Then they showed how he’s struggling with the moral aspect of his new post and I really doubt that he’s the mole.

Dar Adal is interesting. He seems to stay in the background and I was kind of surprised he was in the premiere as much as he was. I think we will see a lot more of him this season. That being said, I think he would be too obvious as the mole so I don’t think it’s him.

Quinn should prove to remain a character to watch this season. The assassin seems to be off his game right now and I’m sure there are going to be consequences. I have also considered him as a possible mole, but I’m not sure he’d have as much access as the mole seems to have.

I’m totally into the CIA stuff. I’d love to be the researcher on the show for that! It’s an interesting look into something that we don’t get to see day to day. 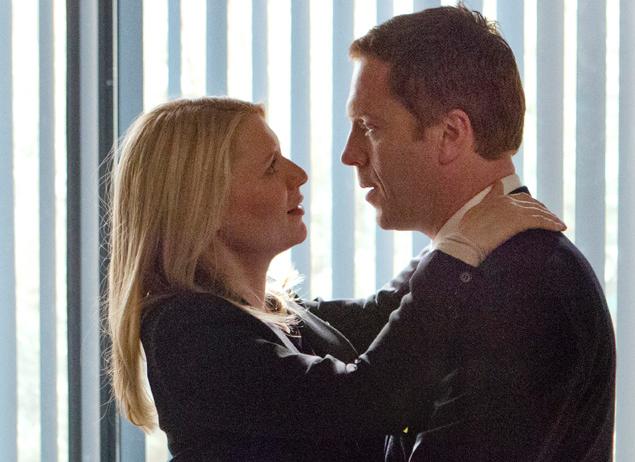 CHAD: One last question.  What was your overall general impression of season 1 compared to season 2 and where do you think season 3 is headed based on your preference for the show?

JEN: I thought season 1 was more consistent. Season 2 had its ups and downs, but season 1 had more moments that kept you on the edge of your seat. Don’t get me wrong, I still HAD to watch every episode of season 2 on Sunday night.

I hope that season 3 keeps us guessing. They already have us all wondering who the mole is, so they are on the right track.