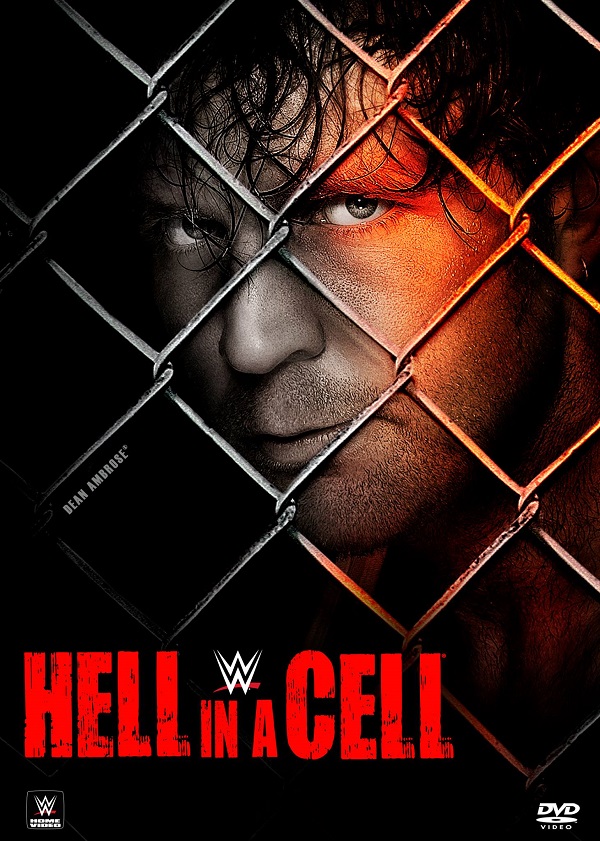 It’s October, and that means it’s time to discuss….HELL……..IN A CELL. I still protest making my favorite gimmick match into a full-blown PPV concept. It was a silly idea of WWE to take the epic feud-ending stipulation and turning into a once a year affair where feuds at times begin, not end. The lack of blood in the company has also taken a lot of sizzle out of these matches. It seems that 2014 is the year where the wrestling fan can take these shows as bubbles, and focus on the individual matches, rather than wonder if anything actually makes any sense. Well as it is with every show in 2014 there are a few matches that have the potential to be show stealers. Let jump…into HELL.

2 OUT OF 3 FALLS FOR INTERCONTINENTAL CHAMPIONSHIP
Dolph Ziggler © vs. Cesaro

This is one of the matches that has the capability to be a show-stealer. Both of these guys have worked their asses off in spite of the creative dumpster fire around them. Some feel Ziggler oversells stuff but that’s ridiculous. The guy works so hard regardless of all the crap that been tossed at him. I feel like I write the same thing about Cesaro every month since Wrestlemania. He works his ass off and nobody seems to care. Sure he had Paul Heyman, but Heyman spent 90 % of the time talking about Brock Lesnar. This match will be solid and go the full three falls. Who wins? Well they both deserve to win, but I think Cesaro has earned another title run. Which hopefully could be the start of something better in 2015. SCOTT’S PICK: Cesaro

Wow, here’s a match I haven’t talked about in about a month. Hey, I love both teams and Cody has definitely taken this Stardust persona to its fullest extent, with the matches they’ve been in with the Usos and others being the highlights of these long, long Raws. I originally was going to pick the Usos to win here because of the rumored debut (FINALLY) of the Ascension, but I feel that’s not going to happen quite yet. The tag division is lacking severely, and teams are needed. This match won’t be any worse than what these two have done so far, and the Dusts will retain. SCOTT’S PICK: The Dusts

The more matches I see here, the more I feel that this is the same PPV over and over since July. This is the fourth consecutive month that these two have fought for the Divas Title, and the third one-on-one match. True they do have incredible chemistry together, but we clearly are in some kind of holding pattern, almost like a Groundhog Day of the mid-card. I’m sure they will put on another stellar match, and Paige will get her Divas Title back. SCOTT’S PICK: Paige

Hasn’t the bloom fallen off this rose already? Hopefully this is a final chapter to this feud and Rusev can maybe move on to finally winning a championship and fortifying himself as a big time (everyday) heel that the company is sorely missing right now. The last few months he’s had to actually take some bumps and make the babyface (no matter how not over they are) look good. This should finally be Rusev’s time. He should dominate Big Show here and win decisively. SCOTT’S PICK: Rusev

So the secondary title feuds are simply switched around, as previous challengers now face the other champions. Miz’s character has been stable, although I’ll always say it’s a knockoff of the Rock’s awesome heel run in 2003. Actually Damien Sandow as “Mizdow” is more over than Miz perhaps. I believe that the following night on Raw Sheamus will be the sacrificial lamb to Rusev and pass off the US Title to the Russian Brute. So Sheamus wins here in a pretty decent match to prepare for the coronation of Rusev. WINNER: Sheamus

LOSER MUST BE THE WINNER’S PERSONAL ASSISTANT FOR ONE MONTH
Nikki Bella vs. Brie Bella

This one actually is tough to call. It can go either way. They can go the Von Erichs-Jimmy Garvin feud in World Class where its non-stop comedy bits of Brie making Nikki do stupid stuff like buy clothes, get greek yogurt and other menial tasks. Or Nikki wins and Brie will have to go out every TV show and get the crap kicked out of her by all the heel divas. I have a feeling they will go the heel route and have Nikki win with help from the Authority. It’s just fill for the three hour Raws anyway, but I will go the conventional route and go with Nikki. SCOTT’S PICK: Nikki Bella

I’m happy they added the #1 contender’s stipulation so no one had to awkwardly avoid saying the “loser” of the Ambrose/Cena match faced Orton. This is their 9th PPV dance together, and really they’ve never had a bad match. They have chemistry, they know each other’s movesets and they have great psychology. Sure it’s something seen a lot and isn’t really “new”, but with these secondary PPV’s I just want to be entertained. They did meet in a HIAC back in 2009 and Orton won that one. This match is likely for the slot at the Royal Rumble against Brock Lesnar, and that will be Cena so they can have their rubber match in Philadelphia. Regardless of whether Rollins costs Orton the match, I think this match will be the show-stealer because no one is expecting them to. SCOTT’S PICK: John Cena

HELL IN A CELL
Dean Ambrose vs. Seth Rollins

Well here’s the match everyone has been wanting. The two most athletic young studs in the company inside the Demon’s Den. No not Kane’s den, no one cares where his den is. These two are going to try everything to whip the Dallas crowd into a frenzy. That indeed will happen. Who wins is a mystery. Maybe Orton costs Rollins the match as a receipt for something earlier in the night. Now Cena-Orton could be the last match instead, and that will be a tragedy. These two deserve to be the last match on a secondary PPV. The problem is without the blood and the real violence factor, these Cell matches don’t have that same feel like ones in the past did. Regardless it will be a great match and I like Ambrose to win as Orton will be involved somehow. SCOTT’S PICK: Dean Ambrose

So there is your Hell in a Cell preview. Join us here at Place to Be Nation Sunday night starting at 7pm to follow our Hell in a Cell live blog. The guests are a mystery but you’ll sure be entertained! Enjoy the show!