Greg: For the second time this month, The Longbook Hunters are back! Typically Nick and I only don our safari outfits once a month, but as with most rules in life, we’re willing to break any for Geoff Johns.

Thus we bring to you the recently released second volume of the New York Times bestselling “Batman: Earth One” by Johns and artist Gary Frank. Before delving any deeper into this column, be sure to check out our review of volume one from earlier this month! 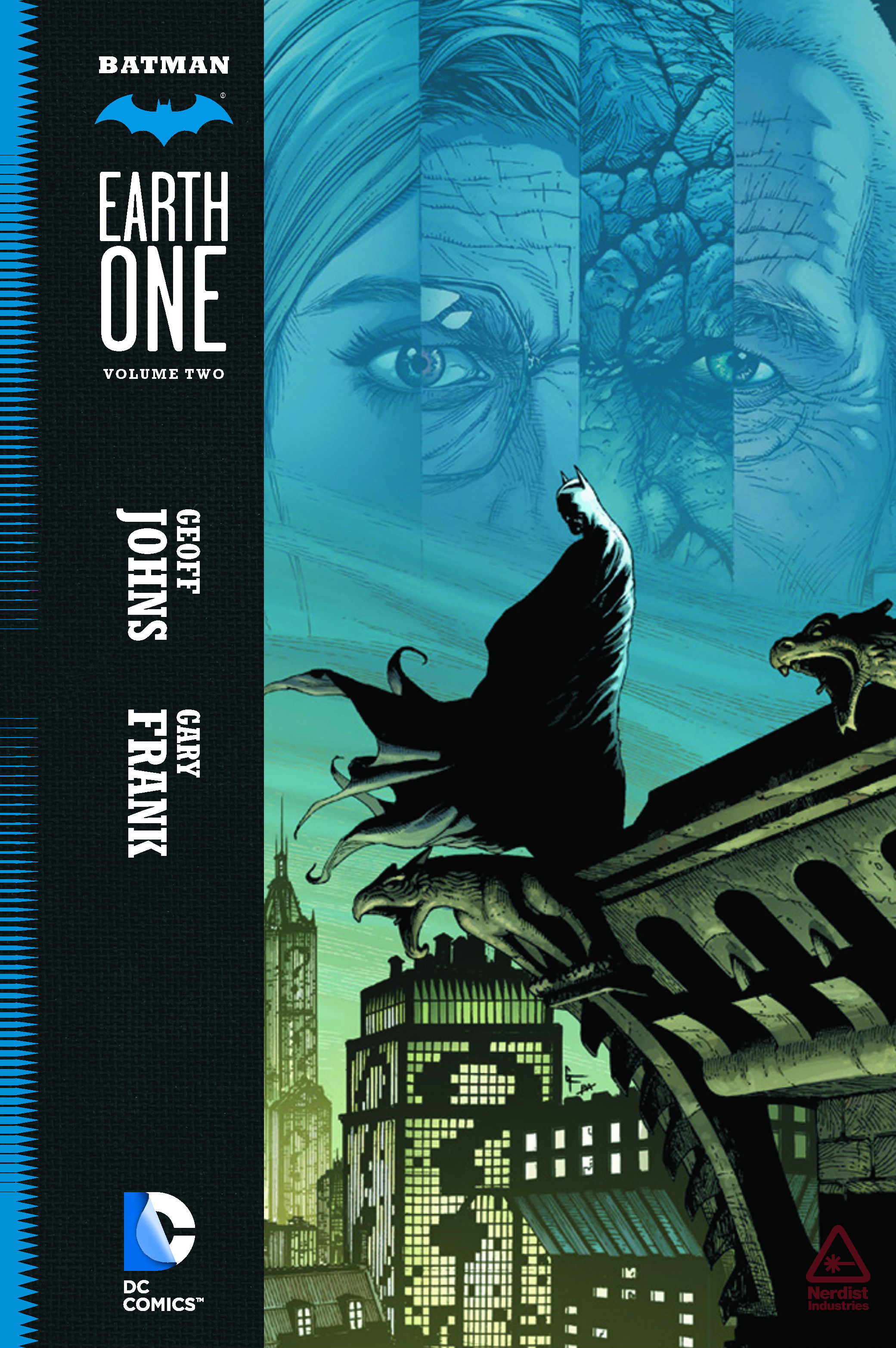 Nick: Last time out, we were effusive in our praise for the work of Johns and Frank. Will we be quite so sickeningly positive again? SPOILER ALERT: Hoh yeah!

But seriously, we waited almost three long years for Volume 2 of this Batman epic, and it did not disappoint. This time out, we get all our favorite characters from the first volume back, along with a few new ones, namely the villainous Riddler.

Greg: As we discussed in our review of the first volume, the Earth One books aren’t trade collections per se, but rather standalone hardcover graphic novels. As was the case with Volume 1, Johns and Frank use expert precision to take advantage of the format, crafting a chugging story that carries the pacing of a great film rather than an episodic television show or monthly comic.

The Riddler is the book’s primary antagonist, as was foreshadowed at the end of the previous story, and Johns drops us right into a mystery (who is The Riddler and why is he targeting Gotham’s elite?) as this volume begins. That mystery frames the story and serves as the basic plot, but there’s so much more going on underneath. While the ultimate conflict is Batman vs. The Riddler, we also see a young and decidedly rough-around-the-edges Bruce Wayne continue to learn and grow into his role as Gotham’s protector, not to mention the continued growth of numerous other characters. Some classic characters start to resemble traditional versions of themselves with which we’re familiar, while others drift further away and become decidedly unique.

Nick: Yes, I’ve often described the first volume as a “Batman 101” of sorts in that we see Bruce learning the very basics of what it means to be the bat. Here, he’s in the advanced course, learning what it means to be both a symbol and something of a detective. Those are hard learned lessons, particularly the detective work, as we see Batman foolishly ruin a crime scene early on.

Greg: Bruce’s graduation beyond the basics is demonstrated in one of the book’s first scenes, a near mirror of the beginning of the first volume, but one in which Batman displays the grace, elegance and terror that are his hallmarks in most iterations.

I’m glad you mentioned the detective aspect, because it’s one of the best aspects of this story — seeing Bruce forced to learn on the job and basically figure out how to get on the path to being the World’s Greatest Detective through a combination of listening (to Jim Gordon, Alfred Pennyworth and others) and using his considerable brain power and intuition. 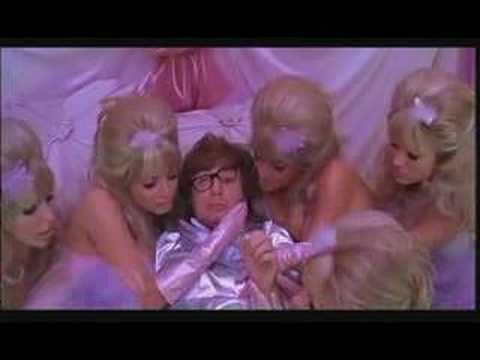 … we do get introduced to a new potential love interest for Bruce here — Jessica Dent, sister of Harvey and mayor of Gotham. Her presence and clear romantic tension with Bruce help to create a very antagonistic tone between him and her brother, something that’s rarely been attempted in comics. Most of the time, we’re to believe that Harvey and Bruce were close friends before Harvey’s fall. However, suffice it to say that the entire Dent tragedy plays out much differently in these pages than any that have come before.

Greg: It’s arguably the boldest change Johns and Frank have made to the Bat-mythos thus far, and it’s exhilarating throughout. Each twist and turn along the way proves both surprising and satisfying, a tough combination for superhero comics to pull off. Suffice it to say, in the end I had no problem buying into this version of the Harvey Dent/Two-Face story.

Nick: Me neither, and that’s hefty praise considering how much of a Two-Face traditionalist I am. However, Dent isn’t the only vastly re-imagined character here. We also get a new Killer Croc, who turns out to be unlike any version that has come before. Next to Bruce and the always amazing Earth One Alfred, Croc may have wound up being my favorite character in the book.

Greg: I agree! Without spoiling anything, I’ll just say this version of Croc may be physically similar to other incarnations, but this Waylon Jones is like none we’ve seen. His interactions with Batman and a few other characters in the book prove to be among the (many) highlights here. It’s another bold, decisive choice from Johns and Frank (a luxury afforded them by both the format and the outside-mainstream-canon status), and it pays off in spades to provide a rewarding reading experience. Once again, they take our expectations and turn them over, and the results are glorious.

From the get-go, this series has been about relationships, and this one furthers the lynchpins from Vol. 1: Bruce and Alfred, Bruce and Gordon, and Gordon and Harvey Bullock. All these relationships grow during the course of the story, and some are beginning to shift into something different by the end.

Nick: By the end of Volume 1, there was some concern that Bullock might be falling into the self-destructive ways of his more mainstream counterpart. However, Johns handles that subplot brilliantly, painting a picture of a man who, with the help of his friends, is able to beat his addiction.

Alfred and Bruce also grow over the course of the story, with Bruce earning Alfred’s respect and admiration more and more as the days go on.

Greg: We also continue to follow Gordon’s rise through the perpetually ineffective Gotham Police Department, and the evolution of his partnerships with Bullock and (unofficially) the Bat. Along with Alfred, Gordon’s respect also grows for the Dark Knight. I do wonder the effect a certain announcement at the end of the book will have on those relationships moving forward, though ….

As we mentioned earlier, the Riddler is the star villain here, and this is instantly in the discussion for the best Riddler stories I’ve read. Granted, there’s not a lot of competition, but as we discussed with the peculiar timing of Earth One and Zero Year, this tremendous take on Edward Nygma comes just a year after writer Scott Snyder and artist Greg Capullo vividly re-imagined him in the monthly pages of the Batman comic. When I finished that one, I declared it hands-down the best version of the Riddler ever committed to the page, but it’s got a run for its money here, and this may even have edged it out.

Nick: Yeah, it’s odd how similar Zero Year and Earth One have been in many regards, including their usage of the Riddler. I’m with you, though, it’s pretty much Earth One Riddler, Zero Year Riddler and Batman: The Animated Series Riddler in my top three Edward Nygmas of all time.

One thing the two stories also share is an absolutely breathtaking art style. We raved about Frank’s work on volume 1, and he doesn’t disappoint with the follow-up. Whether it’s conveying motion during action scenes or mastering facial expressions during dialogue, it’s hard to find any better than Gary Frank.

Greg: It is evident and indisputable that the Original Graphic Novel format gives Johns and Frank the time necessary to put 100 percent into every last detail. It is also undeniable that the time they took paid off in spades. While I called Vol. 1 the best work of Frank’s career, he manages to get right back to that level here. The facial expressions, the action scenes (including a thrilling battle with Croc in Gotham’s sewers), the peerless pacing and the fully realized background details add up to one of the best visual packages you’ll ever find in a Batman comic.

It’s telling that an artist like Frank, who has always been top-notch, manages to stand out even more here. Removed from the pressures of monthly deadlines, creators have full freedom to put out the best product possible, and this has earned its place alongside the previous volume as Frank’s masterpiece.

Nick: But speaking of that long gap between volumes one and two, we did get an unexpected piece of great news recently — According to Johns himself, he and Frank were so pleased with this volume, they immediately began work on Volume 3 and hope to release it in spring 2016.

Greg: We can only hope it’s to the same level of excellence established by the first two volumes. I can assure you the Hard-Traveling Fanboys will be following the development of the third book quite closely.

With all that said, there’s really not much doubt where we stand on Earth One Vol. 2. Go to your local book store or comic shop, or visit the Amazon link on this page, and buy this and the previous book! Even if you feel you’ve read it all when it comes to Batman, I promise this one will thrill and surprise you along the way.

Nick: Couldn’t agree more. It’s a must-own for any Batman fan or fan of comics in general. With all that said, come back next week as we take a look at something that’s an absolute must-avoid for anybody who prefers not to watch God-awful cinema — the theatrical Spawn movie.

Greg: We get to check out so many great comics, graphic novels and trades every month, so it’s only fair we balance it with self-torture.

Until next time, talk with us about Batman Earth One! Did you like the changes to familiar characters? Hit us up on Twitter (@gphillips8652 and @nickduke87), email (GregP@placetobenation.com and NickD@placetobenation.com) or through the Place to Be Nation Comics Facebook page.