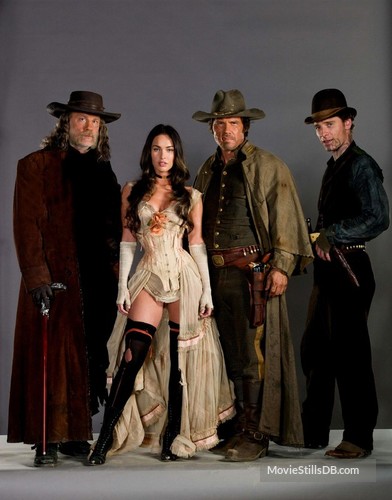 For the first time in a long time, the Hard-Traveling Fanboys unveil a brand new recurring show! In Fix It or Forget It, Nick and Greg will tackle the worst of the worst in comic book movies — box office bombs, critical duds and movies that left fans scratching their heads. But rather than simply pile on the critiques of these stinkers, the boys are challenged to fix these movies and turn them into something watchable. In this first episode, the boys take on the Warner Bros. calamity “Jonah Hex,” starring Josh Brolin! How did DC Comics’ resident gunslinger go so wrong, and could his conversion to the big screen have been fixed? Nick and Greg give it a shot in this pilot episode.

Mild-mannered reporters by day, Greg Phillips and Nick Duke share an intense love of comic books that has made them the Hard-Traveling Fanboys.

Greg and Nick share two passions above all others, both of which involve people in spandex punching each other. Reporters by day, they also insist on being called "Two Dudes with Attitude" but can't decide who is Kevin Nash and who is Shawn Michaels.