What is the mysterious threat that has brought the greatest heroes of our generation together for the first time? Watch the team of Captain America, Winged Victory, The Flash, Aquaman, Firestorm and the Atom unite as threats from around the globe and beyond endanger all of humanity. The Danger Galaxy will never be the same! And just who is that man from Asgard brandishing a hammer? Is he friend…..or foe??

Professor Charles Xavier’s team of misfits made up of Colossus, Raven, Northstar, Beast Boy, and led by Shadowcat traverse the globe in their endless battle with the Brotherhood of Evil. In this off-beat issue, the team go to Kuala Lumpur for a encounter with the dangerous mutant known as The Golden Monkey! And what is Elijah Snow’s lucrative offer for Professor X all about? The Doom Patrol is adventure in the Dynamic Danger Direction!

Legacy. It’s a word that the heroes of the Danger Galaxy’s greatest generation don’t take lightly. Thrill to escapades the Golden Age Flash Jay Garrick, Earth’s first Green Lantern Alan Scott, Hawkman, and Wildcat as they impart their knowledge on a new generation of heroes made up of Dr Mid Nite, Power Girl, Huntress, and Mr Terrific. And look, up in the sky! Who is the enigmatic Samaritan and what is his connection to the Justice Society? The answer will astound you!

Nick Fury and Oracle (Barbara Gordon) dispatch a rotating squad of femme fatales to accomplish undercover objectives that no man dare attempt. With a revolving cast of heroines featuring Katana, Power Girl, Mera, Huntress, Shadowcat, Detective Jessica Jones and Raven, Fury’s Furies is THE place for espionage and action! In this issue, Madame Masque and Cheshire infiltrate FF HQ! Can an abandoned Oracle hold them off until the field team returns?

The most unlikely of allies join forces to battle the Danger Galaxy’s most bizarre adversaries! Witness the Sorcerer Supreme Dr Strange, The Incredible Hulk, The Cosmic Crusader Captain Marvel, the nocturnal knight known as the Confessor and the master of malleability, Plastic Man come together to battle….themselves? Where have they been transported to, and who’s behind it? And, will there be cookies? Hulk love cookies. 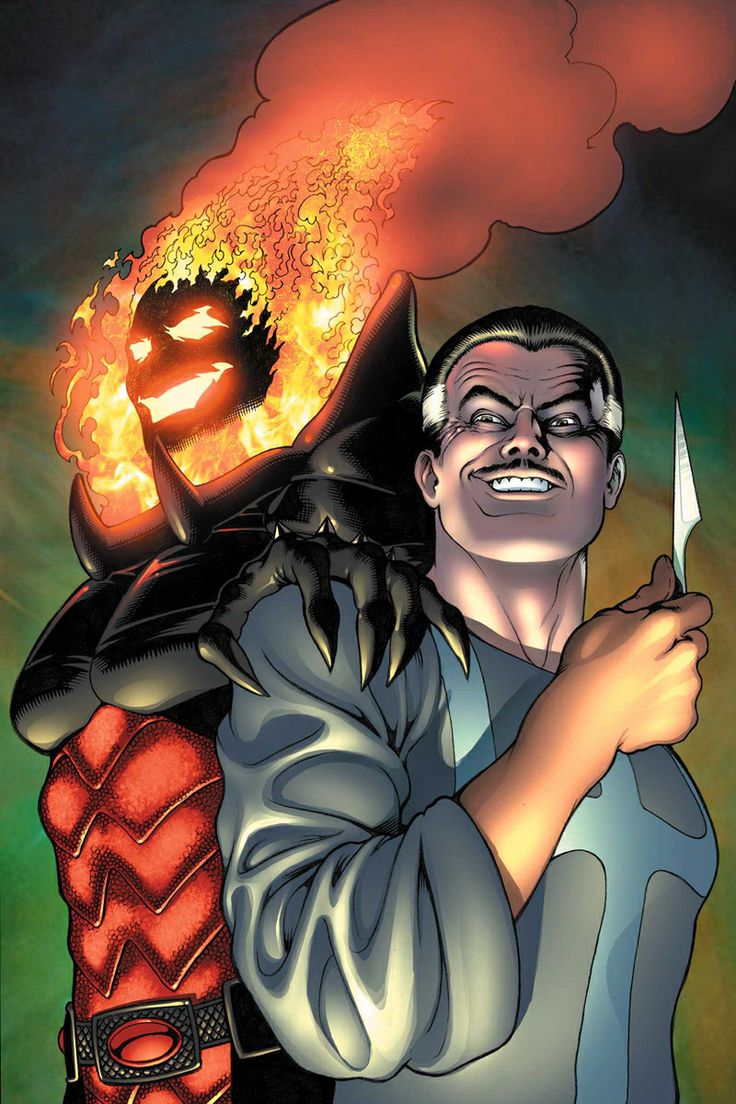 Iron Fist recruits Katana, Shang-Chi and Deathstroke the Terminator to infiltrate the cult of ninjas known as the Invisible Blade before the Chinese ambassador to Japan is murdered….but Slade’s got his own ideas about what justice really means! Set in the Asian crime underworld, The Dragon’s Code brings street-level justice to a new pinnacle. This issue guest-stars Sunfire!

THE BOOKS OF MAGIC #1

Timothy Hunter may grow up to be the greatest sorcerer in history…but will he succumb to the temptation to use blood magic? Joined by his mentors, Doctor Strange, John Constantine, Raven and the Phantom Stranger, Tim learns about the cost of magic…but will he be willing to pay the price?

Straight from the pages of SQUADRON SUPREME, The Scarlet Speedster protects Central City from the most insidious roster of rogues in the Danger Galaxy! Barry Allen was a man who was always late for everything…until he was bathed in chemicals during a lightning strike that changed him forever. But what happens when Barry finds that the lightning CHOSE him?

Aquaman and Mera face off against the combined might of Black Manta, Ocean Master and the denizens of the Trench! Can Arthur and the ocean’s menagerie overcome the terrifying aquatic alliance? And just what lurks within the secret city of Sub-Atlantis?

Ray Palmer’s research led to Ronnie Raymond and Jason Rusch fusing into the Danger Galaxy’s most powerful being, Firestorm! Unfortunately when they combine, the radiation threatens to blow up all of Delaware! Can the Atom stabilize them before it’s too late? And why is Caitlyn being so cold to Ronnie?

Written and drawn by Walter Simonson

HULK SMASH! The strongest being in the Danger Galaxy faces off against the extra-dimensional Gamma Lords in a battle royale for the ages. But nothing can prepare you for what comes next! Can Banner calm his inner monster before the beast inside him destroys the world we know? And what’s Mr. Terrific’s connection to Banner’s new mastery over the monster?

Slade Wilson is a mercenary without peer. What happens when he’s confronted by the collective might of the League of Assassins? And why is Slade’s dead son, the Ravager, leading them? Unparalleled action in the dynamic Danger manner!

Written and Drawn by Mike Allred

Plastic Man is back, baby! The stretchy superhero returns to Ace City to build a life for himself. Will Penny and Hula-Hula respond favorably to Plas’ relocation? What will Dr. Brain do next to foil Plastic Man’s peace and quiet? Guest-starring Madman and The Atomics! It’s retro-fun that only Mike Allred could bring to the table!

Written and Drawn by Howard Chaykin

Special splash-page only issue! Carol and Kara team up to take on the nefarious team of the sinister Mistress Stiletto and Lady Burlesque at the space bordello. Are the platinum princesses in over their…heads? And what happens when the girls meet up for a double date with Space Cabbie and the Jack of Hearts? For Mature Readers.

John has no magic left and no one remaining to sponge off of. What happens when Constantine has to rely on his own wits for survival in against the rising darkness? And how long can a Constantine who’s hit rock-bottom hold off the deal he’s made with the First of the Fallen? Explore the darkest corners of the Danger Galaxy with John and guest star the Demon, Etrigan! For Mature Readers.

Written and illustrated by Kyle Baker

Sam Wilson uncovers a conspiracy that changes the history of World War II and the US government’s involvement in the Korean conflict. Did Nick Fury know and if so, how deep does the conspiracy run? How will the newly-minted Captain America fight for a country he barely believes in anymore? And will the rest of the Squadron Supreme be there for him when Arnim Zola’s minions outnumber Cap 1000 to 1?

SGT. FURY AND HIS HOWLING COMMANDOS #1

Ennis and Chaykin tell the tale of Nick Fury, Slade Wilson and Charles Xavier during the Vietnam war! Fury’s team of misfits witness a massacre of Viet Cong troops by an alien entity. Can Fury and his team overcome the unknown evil? And should they? Guest-starring Jesse Custer’s dad! Danger Comics has Weird war tales as only Garth Ennis can tell! For Mature Readers.

Former Superhero Jessica Jones investigates the seamy underbelly of the Danger Galaxy. What is the mystery in Jessica’s past that made her give up her heroic identity? Where are the rumors that haunt one fallen member of the Justice Society coming from, and can Jessica stop them? And will she ever find the kind of love she really, really wants again? For Mature Readers.

Shang-Chi is stranded on a strange island occupied by a cult of warrior gods. Can he adapt and survive in this strange land? And if he kills the island’s entire population with his bare hands he might never find his way home! Martial arts mayhem in the tradition of the films of Bruce Lee.

Up next: Russell Sellers!