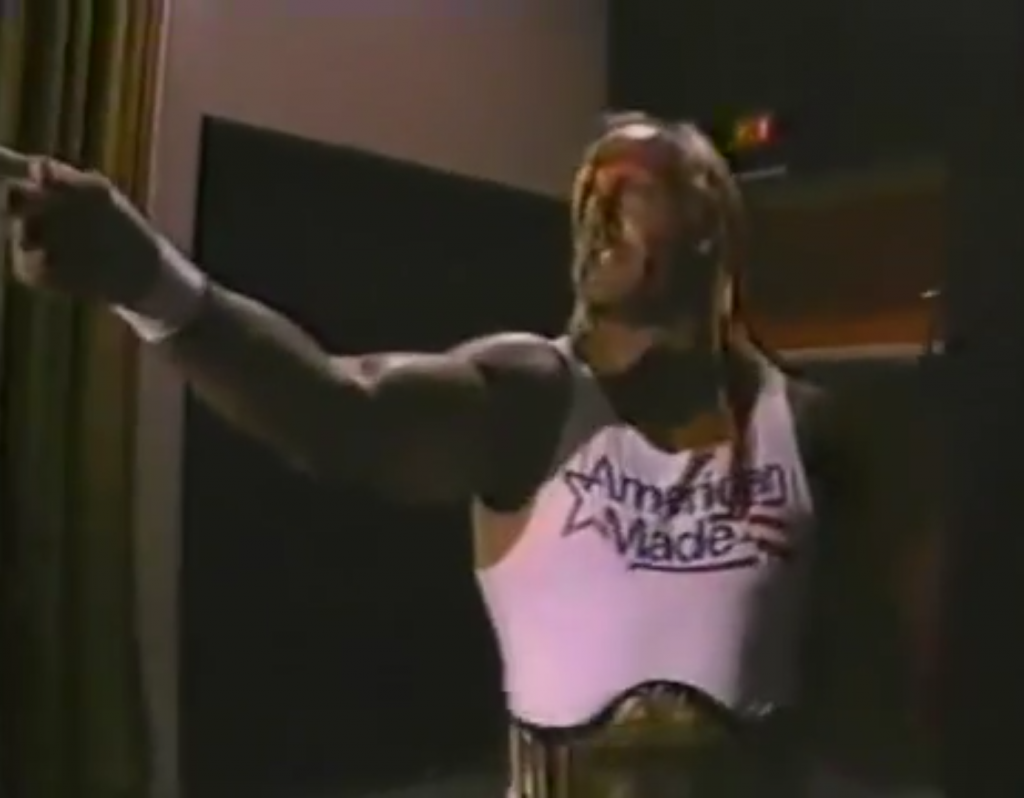 Get the flux capacitor ready because this week Greetings From Allentown takes a trip back to November 1985 for some WWF action!

Including:
– The lovely Elizabeth speaks and marks a complete departure from everything her WWF character would become
– Hulk Hogan faces Rusty Brooks but gets an unwelcome visitor afterward
– Attempting an “Andre to English” translation of Andre the Giant on commentary
– Imagining Paul Orndorff as a commodity in today’s wrestling landscape
– The British Bulldogs and their well-traveled 1985 including their spot in All Japan
– One thing that shows that Bret Hart isn’t being given respect yet
– Roddy Piper during a particularly turbulent time in his career
– Vince McMahon’s fondness for hillbillies and the probable source of all that
– So many masked jobbers!

Plus:
– Pondering an all-wrestler football all star team
– Items of note from Uncle Elmer’s hometown, the “other” Philadelphia
– Trying to figure out what the deal is with WWE and online content
– A shout out for the still-practicing doctor who fixed Hillbilly Jim’s leg