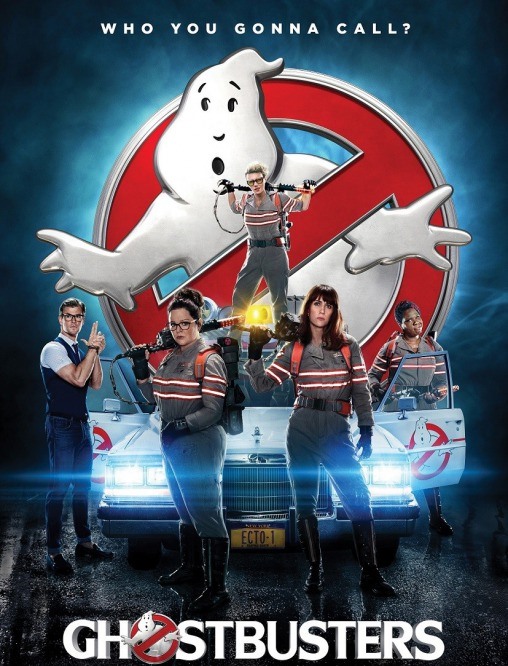 The 1984 Ghostbusters was more than a staple of my childhood. It’s my favorite movie of all-time. Long before the superhero craze, we had heroes who could, quite literally, be anyone.

Ghostbusters was also one of the funniest movies ever made with an all-star cast that included such comedic heavy-weights as Dan Aykroyd, Harold Ramis and, of course, Bill Murray. How could this ever be topped?

When a reboot featuring some of today’s top female comedians was announced, many had…trepidations about it, to put it mildly.

All the internet trolls, battles and controversy aside, the movie itself turned out to be a mixed bag.

It never reaches the heights of comedic genius of the original as it often takes itself too seriously for its own good. In trying to convince us that the three leading ladies are indeed the smartest scientists on the block, it neglects to let us really connect with them first, which is something the 1984 original did incredibly well.

That’s not to say those moments don’t come later. Kristen Wiig, who plays Dr. Erin Gilbert, has a moment where she tells a story of a ghost encounter from her childhood that breathes some much-needed life into her character and gives us some clear motivation for her. Something that should have been established much earlier than it winds up.

Another misstep of the movie is squarely on the writing. Director Paul Feig has the ability to write a good, sometimes great, joke. Unfortunately, he also seems to think we need the joke explained to us right after the punchline. You know, just in case we didn’t get it. The movie might have actually been about 5-10 minutes shorter if Feig and co-writer Katie Dippold had just let the comedians tell their jokes and leave it at that.

In fact, where the movie works best is when the actors are playing off each other and just being themselves. Much like how the 1984 film did it. Melissa McCarthy, who plays Dr. Abby Yates, might come off as annoying in most of her scripted jokes, but when she and Wiig are bouncing a scene off each other, their chemistry is undeniable. And there are laughs aplenty!

Speaking of which, the scientists of the film may all have doctorates in physics, but that’s clearly not their real specialty. When they finally mix together, it’s a fantastic combination that only blows up when it’s taken too far.

And that’s the movie’s biggest failing, it goes too far when it had already won.

Fortunately, two of the film’s leads understand not to oversell the joke. Kate McKinnon’s Jillian Holtzmann is the breakout character of the film and easily has the best one-liners and overall presence of the cast. It’s easy to imagine her alongside Egon, Ray, Winston and Peter. And her ability to be both slapstick and nuanced in the same scene is just shy of brilliance.

Chris Hemsworth’s Kevin is clearly meant to be a riff on how women have been portrayed in “guy films” by flipping the idea on its head. And you know what? It works. Who knew that Thor could do improvisational comedy and had delivery that was funnier than most professional comedians working today? His abilities to land jokes, be convincingly dense and aloof and gel with the main cast are not to be underestimated.

Leslie Jones also drops some of the best one-liners in the movie and while her character, Patty Tolan, does prove to be invaluable to the team, her part feels grossly under-realized and almost cliché’. Which is actually a complaint that could be levied fairly at this film.

Credit does need to be given to the special and visual effects teams for pulling off a slick-looking Ghostbusters film, and to Feig for being able to craft at least two legitimately scary moments that rival some of the more intense points of the original.

Despite several jokes just not working, the film’s first half is actually quite engaging and entertaining. If you take Wiig and McCarthy to be playing the “straight woman” characters rather than either trying to deliver clever humor, the movie actually works quite well for its first two acts.

Unfortunately, no amount of improvisational skills or timing could have saved the lackluster climax.

As has been the case in many films like this, the villain (played thinly by Neil Casey) has a boring motivation that’s been done time and time again and makes little sense even in the context of this plot. His ability to conjure ghosts and how he came into possession of the materials to do so is never explained nor is the genesis of his plan.

He doesn’t even have a menacing personality until he undergoes a surprising metamorphosis and credit for that falls on someone else entirely.

The action of the final act also comes off as generic and you’ll feel like you’ve seen this a dozen times or more just this year. Slow-motion action scenes stopped being impressive about 10 years ago. Superhero films have pretty much put the nail in that coffin.

But, lest the movie leave us on a ‘meh’ down note, the end credits feature some of the film’s best cameos and the post-credits scene sets ups a return that fans of the original will no-doubt get a chill from.

With all this setup out of the way and a cast that actually does work incredibly well together, hopefully this will wind up getting a sequel down the road. Maybe with a different writer. And director. Preferably someone who knows when not to explain every joke’s punchline.

Oh, and if I never hear that awful Fallout Boy cover of Ray Parker Jr.’s Ghostbusters theme again, it’ll be too soon. But there are actually two other covers of the song in the film that do work quite nicely and Parker Jr.’s original does make an appearance.

Piece of the Action #9: Lethal Weapon