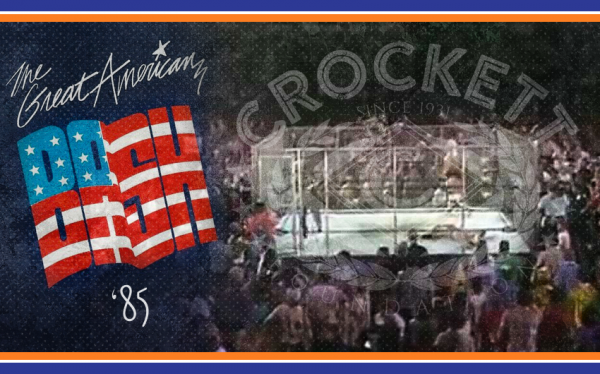 As Chad is out traveling with work, Parv is joined by Brian (aka Smack2k) to talk about the Great American Bash ’85. Show highlights include: Brian’s background as a wrestling fan, the transition from 84 to 85, Parv wonders why Buddy Landel stuck with the “Nature Boy Jr” gimmick for so long, Brian waxes lyrical about his love for The Barbarian, and speculation over how Baby Doll and Sam Houston’s relationship worked, differences between perceptions of the cold war in the 80s in the UK and the US, more talk of the transition from “the Starrcade 83 Flair” to Slick Ric and the weirdness about him being heel vs. Magnum TA around this time but face vs. Nikita Koloff, speculation about Dusty’s secret (legit) dark desires for Baby Doll, the relative position of the US and TV Titles in 1985, and end of show awards.