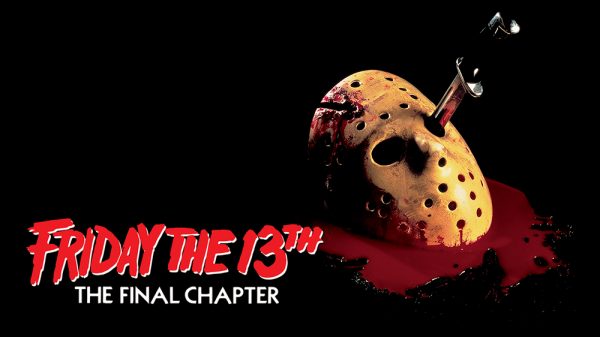 Pull into Freak Out Drive-In, a live watch horror podcast with host Jennifer Smith. Tonight Jennifer welcomes Jason Sherman and they fire up Friday the 13th: The Final Chapter.
Ssshhh, don’t worry if you haven’t seen the first three movies. Jenny and Jason catch you up with everything you need to know. Which is basically… a dude in a hockey mask kills people. You’re welcome. But first, Jason gives his ranking of the top 10 houses at Hollywood Horror Nights in Orlando this year. Then its off to the creepy cabin at Camp Crystal Lake. Amazing kills, abundant nudity and amusing fashion all come together here in a super fun horror flick. Jason has tons of great trivia and asides about the film and others in the franchise. But which is his favorite?? Find out at the Freak Out Drive-In!