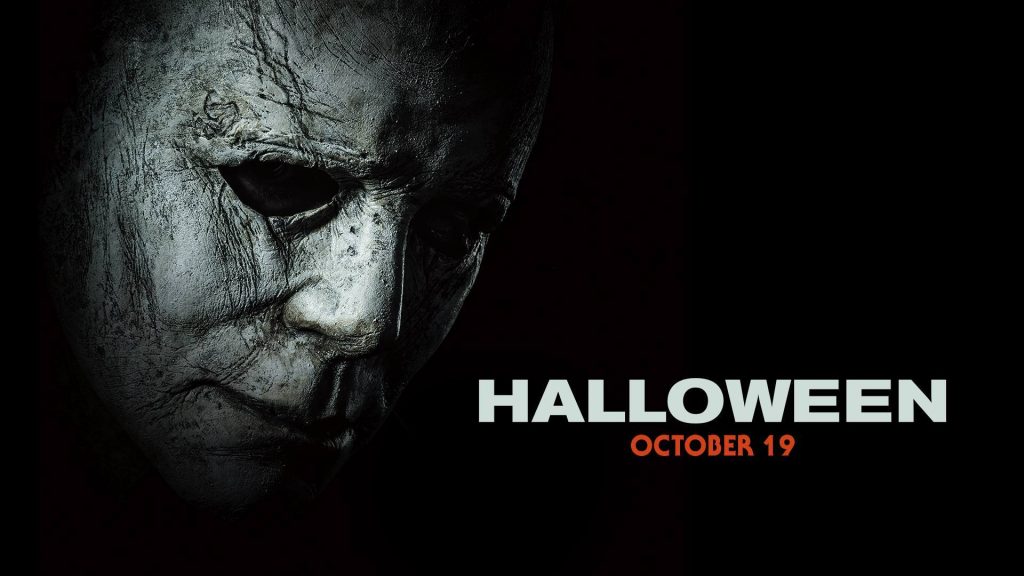 October looks to have far better offerings than September, but is it worth spending the money at the local theater? There’s plenty of possibly good scares for Halloween season and there might even be an Oscar contender or two in this lineup.

A Star is Born – Bradley Cooper directs and stars in this musical drama alongside Lady Gaga, making her feature film debut. And if the buzz is to be believed, the title isn’t just talking about its fictional country music singer. Gaga is being widely praised by critics as the real deal. A true double-threat singer/actress who can bring it in either role. Her chemistry with Cooper is electric just in the trailers and apparently that’s only a small taste of how good she really is in this film. Cooper, for his part, also shines with a killer performance and makes a strong case for a “Best Director” nom. Don’t be surprised if this one winds up in a few categories come awards season.

The Hate U Give – Based on the best-selling novel of the same name, this isn’t your typical YA adaptation. No games of survival or sparkly vampires in this disturbingly-real look at the lives of today’s youth and how the fight for equality and the effects of hate change them forever. Directed by George Tillman Jr. (Faster, Soul Food), this one is generating a buzz that should carry it to hit status. Some movies feel important and some actually are. This seems like the latter.  Amandla Stenberg (Rue from The Hunger Games) is poised to be a huge star after this performance, too.

Venom – Sony Pictures might be sharing Spider-Man with Disney for the Marvel Cinematic Universe, but they kept some of the toys for themselves. And now we’ve gotten a look at what Spider-Man characters without Spider-Man might look like. In a word: dull. Every trailer for Venom so far makes it look like a generic sci-fi/action/superhero film that’s trying to be edgy by calling it an “anti-hero film.” Whatever. Tom Hardy or no, this one appears to be stretching itself thin. Get ready for a ton of exposition about “symbiotes” that’ll go over most of the audience’s head and leave comic fans with theirs firmly planted in their hands. Uninspired, CGI-heavy action scenes aren’t going to do this one any favors, either. At least he looks more comic accurate than the Spider-Man 3 version? Meh. A new cinematic universe, this will not inspire.

*Picks of the Month*

Bad Times at the El Royale – Drew Goddard is back in the writer/director chair for the first time since Cabin in the Woods and this one looks to be almost as insane as that one. Seven strangers running from various things all converge at the El Royale hotel on the California-Nevada border at Lake Tahoe. What happens next looks like equal parts Identity, Smokin’ Aces and Psycho. In other words, a bat-shit crazy good time. And with an all-star cast that includes Jeff Bridges, John Hamm, Dakota Johnson and Chris Hemsworth (at his creepy, hilarious best), you’ve got a formula that could add up to a “can’t-miss.”

First Man – Ryan Gosling is Neil Armstrong in this biopic based on the book First Man: The Life of Neil A. Armstrong by James R. Hansen. Director Damien Chazelle is back to direct Gosling again after a hugely popular turn in LaLa Land, this time with Steven Spielberg producing. The story follows the years leading up to the famous Apollo 11 mission to the moon and looks to be some of the best work from Gosling and Chazelle yet. The Oscar buzz started early, but the response thus far suggests it’s not all hype.

Goosebumps 2: Haunted Halloween – The last Goosebumps movie, starring Jack Black, was a surprise hit with audiences and critics. This time around, the premise is essentially the same as the first: RL Stein’s creatures from his Goosebumps novels are unleashed from the books the kept them imprisoned and it’s up to a rag-tag group of kids (including It: Chapter 1’s Jeremy Ray Taylor) to recapture them before they can make Halloween permanent. The possessed marionette Slappy is back as the primary villain but will be the only recurring character this time around. Until Jack Black’s RL Stein shows up in the third act to save everyone. No returning characters and a recycled plot with trailers that make it seem like a straight-to-Netflix film… might be better to hedge your best and wait for streaming.

Halloween – If you can accept this as a direct sequel to the original John Carpenter-directed Halloween that ignores all the sequels (yes, even Halloween II), then you might just find yourself having a great time with this decidedly-more-gruesome chapter. We’ve seen bloody Halloween films before. There were the unfortunate remakes from Rob Zombie and some of the films in the original line. This one, though, seems to be teasing the envelope being pushed. At one point in the trailer, Michael Meyers drops a handful of teeth into a bathroom stall. A few scenes seem lifted directly from the original (see a closet moment in the trailer), but with original star Jamie Lee Curtis back in the mix along with creator John Carpenter producing and assisting in the film’s score, this one should feel like coming home for fans of the original.

Serenity – We’ve gotten a string of solid thrillers the last few years, and this one looks to continue that trend. Steven Knight (Locke, Peaky Blinders) wrote and directed this Matthew McConaughey, Anne Hathaway vehicle that’s as sexy as it is disturbing. When Baker Dill’s (McConaughey) ex-wife Karen (Hathaway) suddenly comes back into his life, claiming her new husband (Jason Clarke) is a violent psychopath like Dill always thought, Dill finds himself tempted by her pleas for help in murdering him. What follows is a twisted tale of obsession and temptation. No one is truly innocent and nothing is as it seems.This looks like a strong bit of directing from a capable filmmaker and solid, if a bit over-dramatic, performances from the leads. Should be well-worth checking out.

Suspiria – Remakes are a dime a dozen these days, but this one looks like it might be legit. The 1977 original is considered an influential film in the horror genre and this remake appears to pay much respect to that but pushes a few boundaries of its own. Stacked with an all-star cast including Dakota Johnson, Tilda Swinton and Chloë Grace Moretz, this could be a good way to spend the Halloween weekend. Supernatural horror fans should definitely give this one a look. Those who enjoy mentally challenging and, at times, nauseatingly disturbing films will find lots to like here. This won’t be for everyone, but it will give the season a bit of needed variety.

Indivisible – When one style of propaganda isn’t enough, how about two? This overly-sentimental, heavily dramatized “true” story about an Army chaplain struggling between duty to unit and family looks like it belongs on Lifetime, not the big screen. Poorly shot, even more poorly acted and starring a bunch of washed up TV actors, don’t expect this one to make many waves outside the pulpits. How this isn’t a straight to streaming or video, I’ll never understand. But I guess some people really love the idea of putting marriage counseling in the middle of their war movies… because those are two great tastes that taste great together… said no one, ever.

Hunter Killer – When you can’t decide if you want to be The Hunt for Red October or Battleship… be both? Talk about the Michael Bay school of filmmaking, this one looks like pure trash cinema, but without much of the fun. Way too self-serious to be much fun, this one is going to be a hard flop. Yet another in a long line of failed attempts to make Gerard Butler a big action star. It’s too late, Hollywood, knock it off. No, putting Gary Oldman in your movie doesn’t automatically give it more credit. You’d do well to watch… just about anything else… except Indivisible.

Johnny English Strikes Again – They’re still making these? Nobody wants more watered down Austin Powers. Rowan Atkinson is a legit funny guy and an underrated actor whose comedic abilities are far beyond this drivel. It’s been seven years since the last sequel and obviously it wasn’t the jokes that got the most attention in that time. If you’ve seen one, you’ve seen them all. Big name cameos, maybe a few small giggles here and there, but nothing that seems worth spending upwards of $12 for a ticket to see it. Wait for video, or maybe just skip it all together.