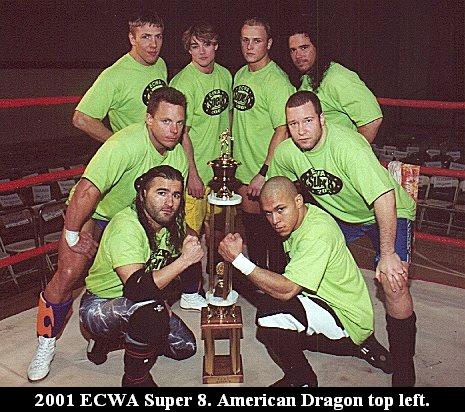 Kris is joined by Rob Naylor and WES HATCH!!!!! to discuss the rebirth of the US independent wrestling scene of the early 2000’s. We wax poetic about all of the greats of the era such as Ric Blade, Xavier, Rockin’ Rebel, The Messiah, Mr. Ooh La La and other scrubs like Low-Ki, American Dragon, & Homicide. Listen to us mark out over a coked up Juventud Guerrera and the greatness of Eric Garguilo & John House!!!

The PWO-PTBN Podcast Network features great shows you can find right here at Place to Be Nation. By subscribing on iTunes or SoundCloud, you’ll have access to new episodes, bonus content, as well as a complete archive of: Where the Big Boys Play, Titans of Wrestling, Exile on Badstreet, Pro-Wrestling Super-Show, Good Will Wrestling, Brainbuster!, Tag Teams Back Again and Wrestling With the Past.