Every week on Place to Be Nation, a combination of correspondents review one match from the outer regions of the conventional wrestling bubble. This is a deep cut of sorts that should be of interest to the hardcore wrestling fans hoping to consume content for every region in the professional wrestling world. 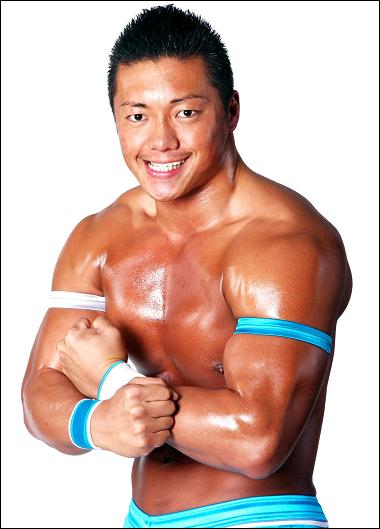 This whole show is available on the RealHero archive.

The ultimate old veterans vs. young punks  match. Over Generation members CIMA, Gamma, and Dragon Kid had been receptive to the younger crop of Dragon Gate talent by inviting Ishida and Yammamura into their stable. That is not the case with their opponents in this match. All of the opponents made their debut in 2016 and have created quite a buzz for themselves by becoming one of the most hyped classes in the Dragon Gate system history. Katsumi Takashima made his debut in this match.

Believe it or not Dragon Gate is a promotion I actually want to like. Often times on Twitter I will mock Dragon Gate for being shoot trash but it comes from a place of frustration rather than loving to mock their wrestling style. The way fans of the product describe the DG makes it seem like the perfect form of wrestling where downbeats don’t exist and the action can always be described as pristine. The journey probably comes off annoying to some. This match between the young studs and the fellas who have been around the block feels like Dragon Gate has made good with me.

The match feels like a total new age blend of Japanese wrestling and lucha. You have nutty stiffness, a deliberate pace, and some notes of lightheartedness that don’t seem to be “fun” for the sake of it. Instead of the old jerks coming off too cute in those moments they come off as trying to embarrass the young guns. Dragon Gate fans will scream “CONTEXT MATTERS” about the promotion from the top of their lungs and this was a nice baked in narrative that didn’t need additional context than that. The way CIMA and the boys stiff the pants off these kids is tremendous. GAMMA probably comes off the weakest but even he gets his licks in.

The rookie coming out of this match that probably will get the most buzz is Ben-K. There are obvious reasons for that as he looked the most polished and had the strongest aura about him. To be fair, he also has a killer look. The man feels pulled out of a 90’s Vin Diesel flick. Can’t ask for much more than that. He also felt like the most Dragon Gate of them. Shun Skywalker though was my boy here. The moment that I knew this lad was special was when he was going to come into the ring and Mochizuki kicks him and he flies to the floor recklessly. Sick fliers, which I think he will be if he isn’t already, that bump like mad men have a soft spot in my heart. Will CIMA allow him to die for our sins repeatedly? I don’t know but I can’t wait to see how he grows as a performer. That may be the most satisfying part of wrestling and this match puts you on the ground floor of five young wrestlers that all looked good. I didn’t name the other three but they were all enjoyable to watch hop in there and show their abilities.

When I heard the concept of this week’s deep dive match, I was on board immediately. I love seeing the progression of young guys in wrestling and the future of promotions. More importantly, I love when these guys face grumpy, grizzled vets of said promotions to test their mettle. Then you just say screw it and put practically your whole dojo in one match against five DG vets.

I loved how the young boys tried to get the jump on the vets right at the bell, but they responded by throwing the youngsters around like they were ragdolls on the outside. Ben-K, the former Futa Nakamura, is already insanely good and has this star like charisma about him where he came off like a serious threat when staring down the likes of Mochizuki and CIMA.

For awhile, the vets just toyed with these kids and it was fantastic seeing them play with them like they were a cat messing with a mouse, almost knowing they could end this at any time. The match became insanely stiff with what almost seemed like shoot outside brawling, tables being thrown, etc. The young guys had something to prove and they were willing to fight back. Poor Yoshioka was on the end of a lengthy beating from these guys as he’s one of the newest trainees and one of the most vulnerable/targetable. It was much akin to the high school seniors stuffing the incoming freshmen in their lockers.

If they were the freshmen though, Ben-K was the one that people would question if he was actually 18 instead of 12 on the Little League team,  as he was clearly positioned as the strongest/leader of the young bunch and he’s able to pull it off with his presence and ability. Little Takeshima is  the one with the Napoleon complex that tries to get big with more than one person and pays dearly for it throughout the match. Shun Skywalker, formerly Shun Watanabe, now has the larger than life body suit to accompany his high flying moveset and Hyou Watanabe did a good mix of everything, even locking CIMA in a tarantula at one point. He was the one to take the fall, taking an absolute barrage of Mochizuki kicks before he finally fell.

Overall, I thought the match was real fun, nothing I’ll put in my top 20 of the year or anything but it really stood out from the rest of the traditional Dragon Gate stuff on the show, as it wasn’t about factions more than it was about the new school standing up to the old school and solidifying themselves as the future. Every one of these kids has a unique personality and stands out in a certain way. Along with Ishida and Yamamura, Dragon Gate in the next few years is about to get real interesting with this crop of guys coming up through the ranks with a potential huge star in Ben-K. Credit to Dragon Kid, Don Fujii, Mochizuki, CIMA and GAMMA for ratcheting up the stiffness and intensity to get these young boys angry and motivated to fight back and match the energy. A recommended watch for sure to see yet more on the rise talent in Japan.

Dragon Gate is so build around units, tradition, and storytelling that a match like this in almost any other company would feel just too obviously young boys v veterans. Here it feels important as little details in this match will most likely follow these young workers for years of their career. Stuff in this match like Shun Skywalker getting the upper hand when it comes to flying against Dragon Kid and Ben-K standing toe to toe with Mochizuki are what set up upstart rivalries. Flashes of young lions getting the better of established workers with their raw boned athleticism is spoiled by repeated outsmarting or blatant double teaming. There are times in this match were it straight out feels dangerous and wrong what is happening to the young lions. One exact moment of this is a strike off between CIMA and Ben-K that leads to a table being overturned and Skywalker getting involved to possibly break up, but he just gets some stiff strikes himself for his trouble. The extent of the hazing esque spots continue. Don Fujii charges into a showdown with Ben-K that is just brutal but Ben-K is allowed to get the better only to have Mochi cut him off. The vet team shows no disregard for tag rules over and over again while the crowd cheers them on. I wish the vets would have put away Yuki Yoshioka with the double superkick crucifix driver while they have the chance but I guess they would rather have Mochi and Don Fujii brutalize him some more as he almost taps to a long drawn out torture crab. Mochi eventually finishes Hyo Watanabe with a series of brutal kicks and a lazy shin over the throat pin to put him out of his misery.

This match gets my vote for hoot of the year. More importantly, I really do think this is a match that can be marked in time and when Ben-K is on his fifth Open the Dream Gate run and facing Hyo Watanbe at Kobe Hall, you can point back to this moment when these guys got the rub. It is incredible to have a feeling of that in Japan. This match gave me feelings I haven’t had since at least Marufuji and KENTA were mixing it up with the Pillars in NOAH. In other respects, I think this has a great comp to the Jumbo vs. Misawa army feud. Futa Nakamura has just been given his gimmick in Ben-K much like Misawa dropped his Tiger Mask gimmick. Now is the time for him to rise as he is the clear leader of the younger contingent. The match comes to a stop as CIMA and Ben-K mix it up on the outside which is reminiscent of the 1990 six man where the same thing happens to Jumbo and Misawa.

Overall, the pace here was frantic and brutal. The young guys got in enough offense and enough spark to keep your interest level high while the old guys displayed a level of viciousness that made it known that this was just chapter 1 in the young boys proving their worth. CIMA raking the eyes of Takashima in his debut match after countless eye surgeries is the dickish type moves that really resonate with me in these types of matches. Overall, this is a complete blast and the perfect jumping in point for Dragon Gate. Dragon Gate is the one promotion in 2017 I am most excited about following. ****1/4