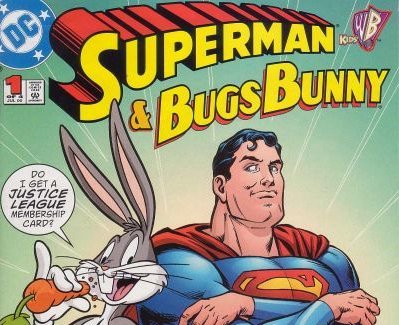 Earlier this month, DC Comics announced plans for its next big crossover. This time, though, the big event is a battle between two licensed properties that hold fond memories for many of us who grew up in the 1980s.

A four-issue miniseries starting in October, He-Man/Thundercats will see the Masters of the Universe team up with everyone’s favorite team of anthropomorphic furballs to prevent Mumm-Ra from getting He-Man’s Sword of Power. Given DC Comics’ most recent Masters of the Universe series, I have no doubt the story will be a lot of fun for a child of the 1980s like myself. The announcement, though, calls to mind the many other crossovers that the company has produced.

And then there’s my favorite comic book crossover. Excuse me, cwossover.

It’s a ridiculous concept to be sure, but 2000’s 4-issue “Superman & Bugs Bunny” has always been one of my favorites, just for the sheer wackiness involved, allowing the characters and the reader to just have some fun.

Written by Mark Evanier, with art by Joe Stanton, Mike DeCarlo and Tom Palmer, “Superman & Bugs Bunny” quickly grows beyond the titular characters to include all the Looney Tunes and the JLA of the time.

The main conflict kicks off when Mr. Mxyzptlk, fresh off another defeat at the hands of Superman, ends up crashing into Yo-Yo the Do-Do in-between dimensions. Frustrated with their respective worlds, the two decide to team up and create mischief by messing with both worlds. Elmer Fudd gains the powers of Superman! Daffy Duck becomes the Duck Knight Detective! And the superheroes are mainly just a little confused.

Of course, the Looney Tunes and the JLA know each other through following the other’s comic book adventures, so everyone knows what the other is capable of. 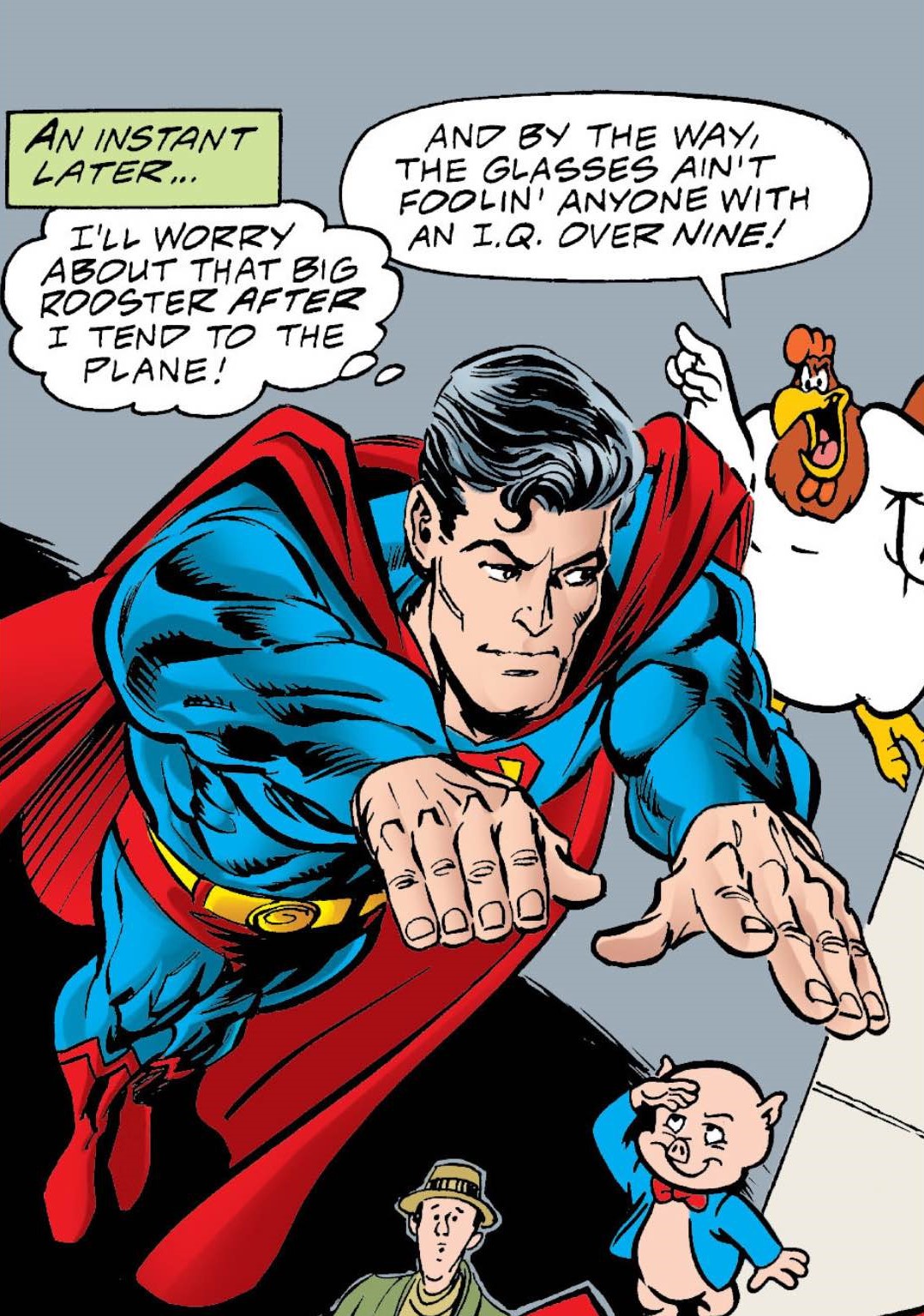 The standout moments in this series are all in the character interactions. There’s the obvious ones, like The Flash with Speedy Gonzalez, Road Runner and Wile E. Coyote, which provides for one of the series’ funniest early panels (in issue 2): 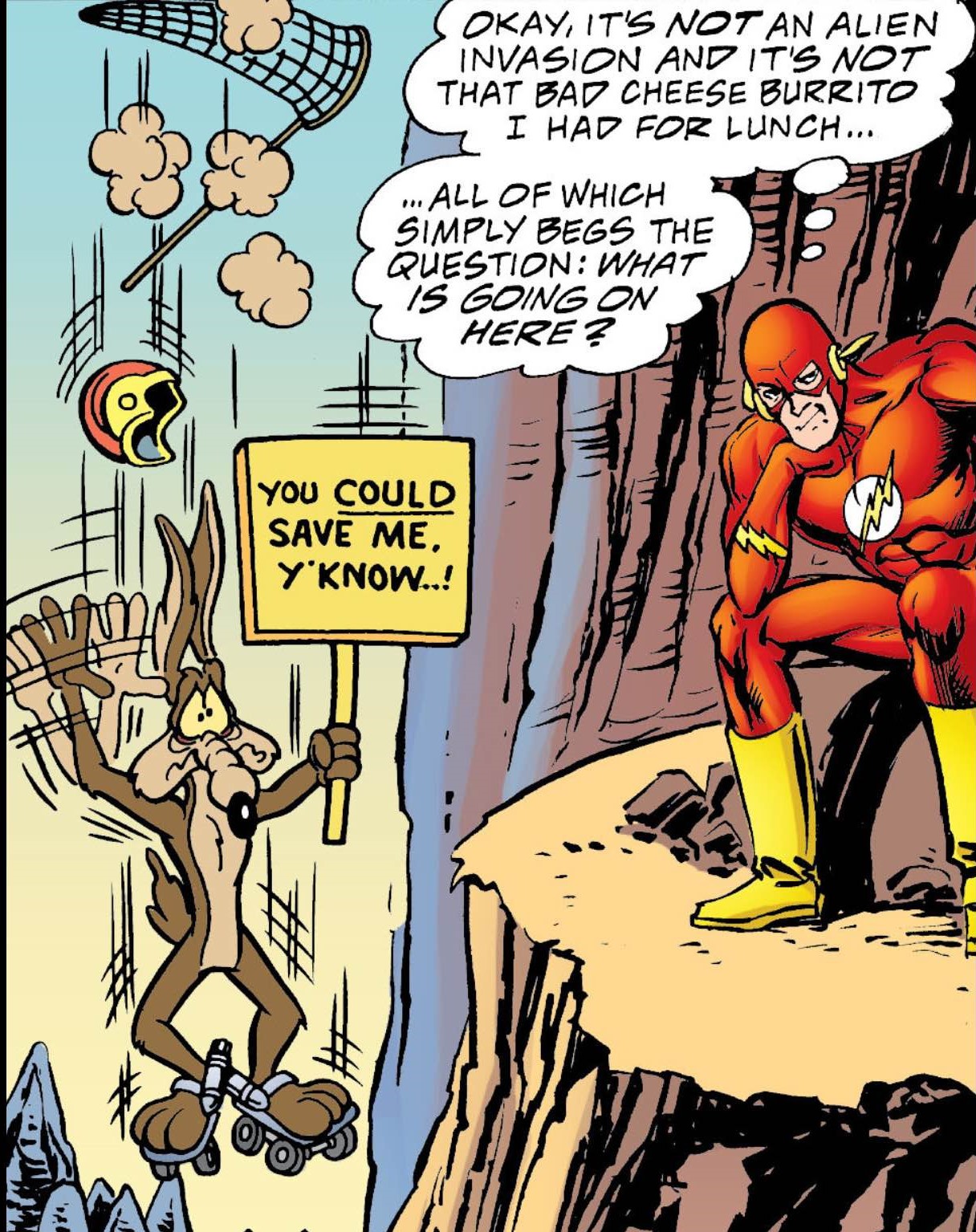 I think my favorite moments in the miniseries come with Michigan J. Frog, the singing and dancing amphibian who drives people crazy by revealing his ability and then hiding them when the person tries to show him off. The frog gets handed off to Green Arrow Connor Hawke (the son of Oliver Queen) and the archer, predictably, tries to tell everyone in range about what he’s seen, to no avail. 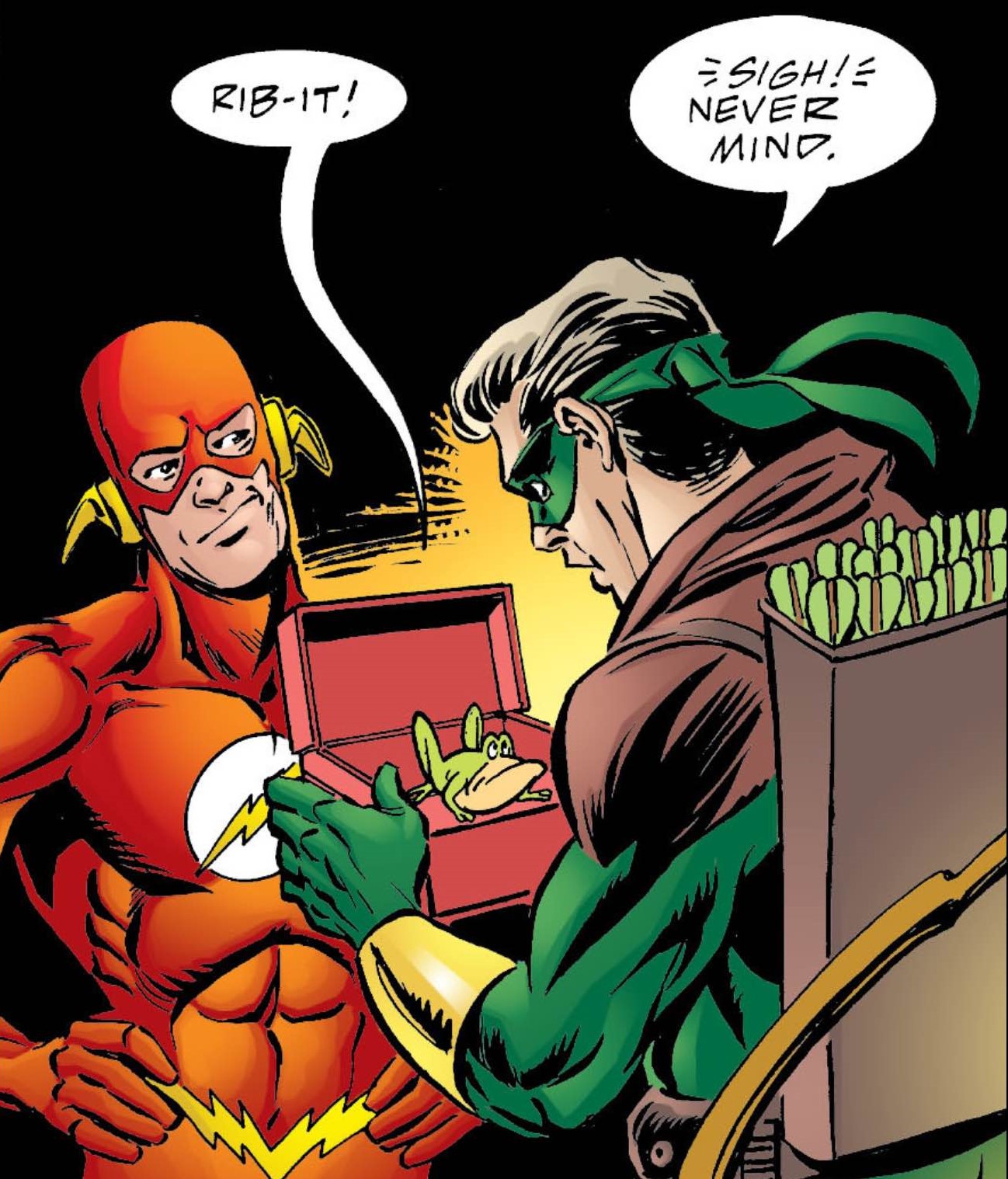 “Superman & Bugs Bunny” is certainly influenced more by Bugs and friends than it is Superman and his fellow heroes. A problem that would normally require super feats of strength to solve instead is taken care of through slapstick. When secondary villain Toyman attacks with a giant mechanical dragon, the robot gets taken down when Tweety Bird sneaks in to the controls and causes the dragon to overload by doing the Macarena (man, that reference was dated even back in 2000!).

In the 16 years since this miniseries was published, the comics landscape has changed dramatically. DC Comics, especially, gets a lot of flack from comic book fans and pundits for encouraging and enabling a darker tone that leaves a lot of people wanting an alternative that harkens back to a different time.

For every “fun” book DC Comics produces – and they have put out some books with lighter tones in the past year, don’t let anyone tell you otherwise – there are way too many books that either miss the point of the character or just brings characters who should be in the light too far into the shadows. We can all hope things change with the recent DC Rebirth changes, but it’s certainly too soon to tell if the ship will be righted.

But “Superman & Bugs Bunny” is just a fun story through and through. Of course, as far as I can tell, the miniseries never got collected into a trade paperback, so for many years, finding the old copies in a back issue bin was the only way to read the stories. My own copies went through the wringer many times over and didn’t survive the many moves of a college kid getting ready to enter the real world.

Thankfully, the whole miniseries was recently added to the back catalog at Comixology, the online comics retailer. When I saw the comics for sale on the website for 99 cents each, I couldn’t resist the trip down memory lane. As far as I’m concerned, it was a steal at price the price. If you have a spare $3.96, I highly recommend picking up the story. 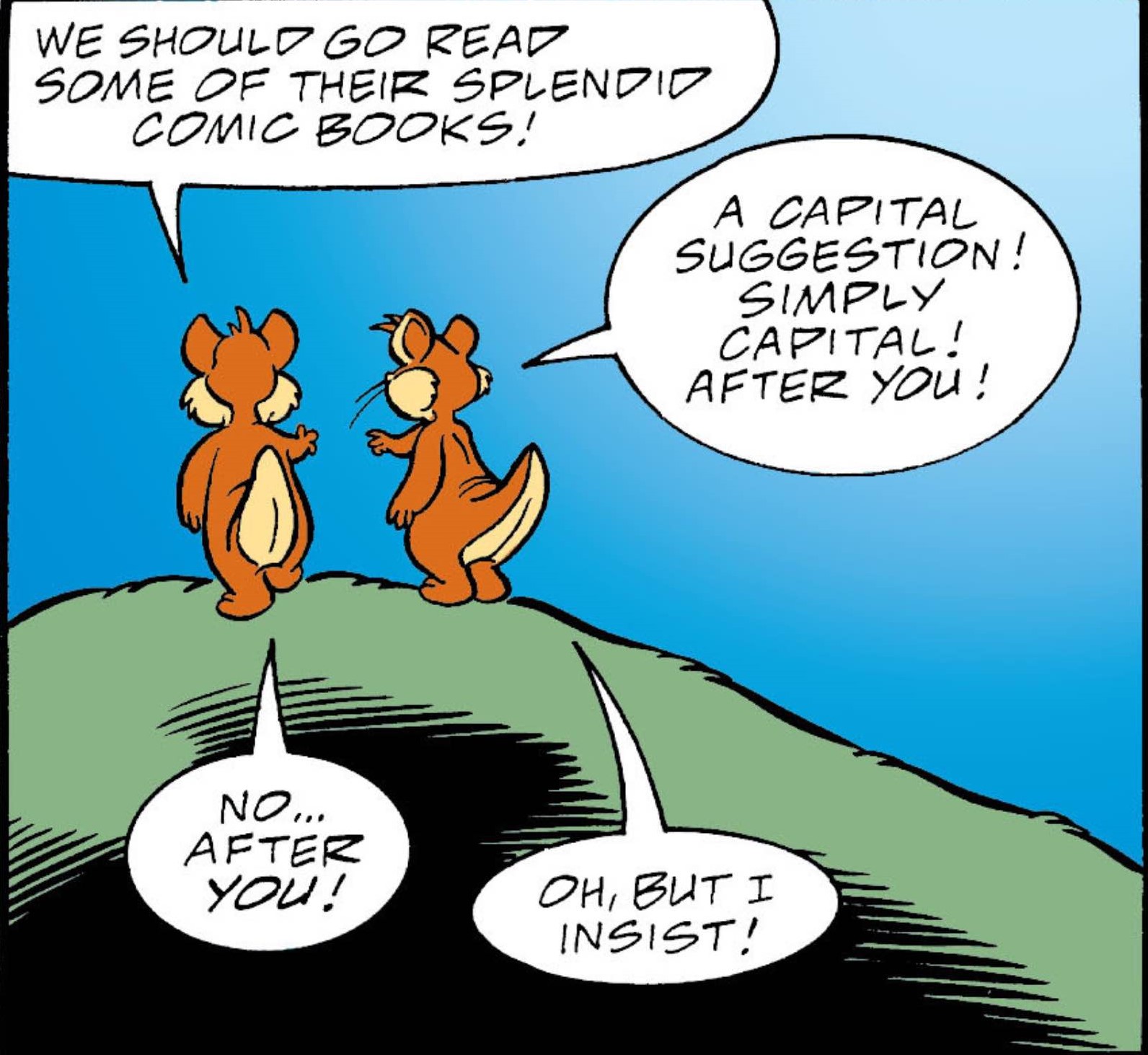