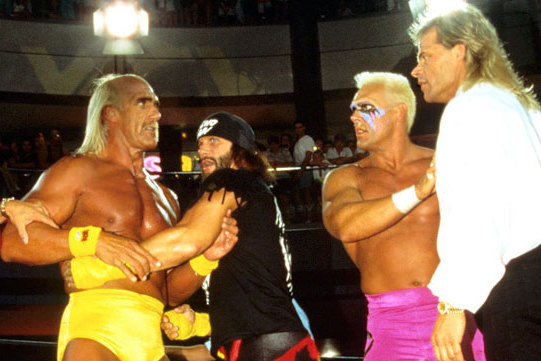 Kris Zellner & David Bixenspan are joined by John Philapavage (Barbed Wire City) to discuss the week that was September 1-7, 1995. We discuss the debut of Monday Nitro, the return of Lex Luger to WCW, the departure of Big Van Vader from WCW, New Japan vs. UWFi getting hot & heavy, plus why is ECW vs. Television Outlets the equal to Randy Orton vs. Announce Tables!!!!