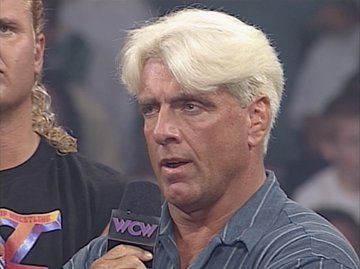 Kris & David are joined by Jack Encarnacao (The Lapsed Fan) and Brian Blake for Brian’s Patreon request show, which is the week that was September 4-10, 1997. We talk about Tod Gordon being revealed as the ECW mole in some underground dealings with Terry Taylor of WCW regarding a possible exodus and invasion angle. We also have a LOADED WWF section featuring the Ground Zero PPV, Raw the next night, and Shawn Michaels losing his mind at the RAW tapings the day after the post-PPV show, including his infamous sock bulge. We also talk about New Japan trying to hook up with K-1 for future shows, the real final days of the USWA, Dennis Coralluzzo goes wild in IWA Mid-South, plus Ric Flair and the Horsemen being PISSED at the nWo on Nitro in the aftermath of the Arn Anderson retirement speech parody. It was an honor to have Jack on our show and we thank Brian again for helping make it possible. There’s nothing else to do now but listen to this show!!!!!!

Patreon Preview: To be uploaded separately in the feed…

For the best in both current and classic indie wrestling streaming, make sure to check out https://independentwrestling.tv and use coupon code BTSPOD for a free 20 day trial! (You can also go directly to https://tinyURL.com/IWTVsheets to sign up that way.

If you’re looking for the best place to bet on sports online, make sure to check out our sponsor, http://mybookie.ag and use coupon code SHEETS to support the show!