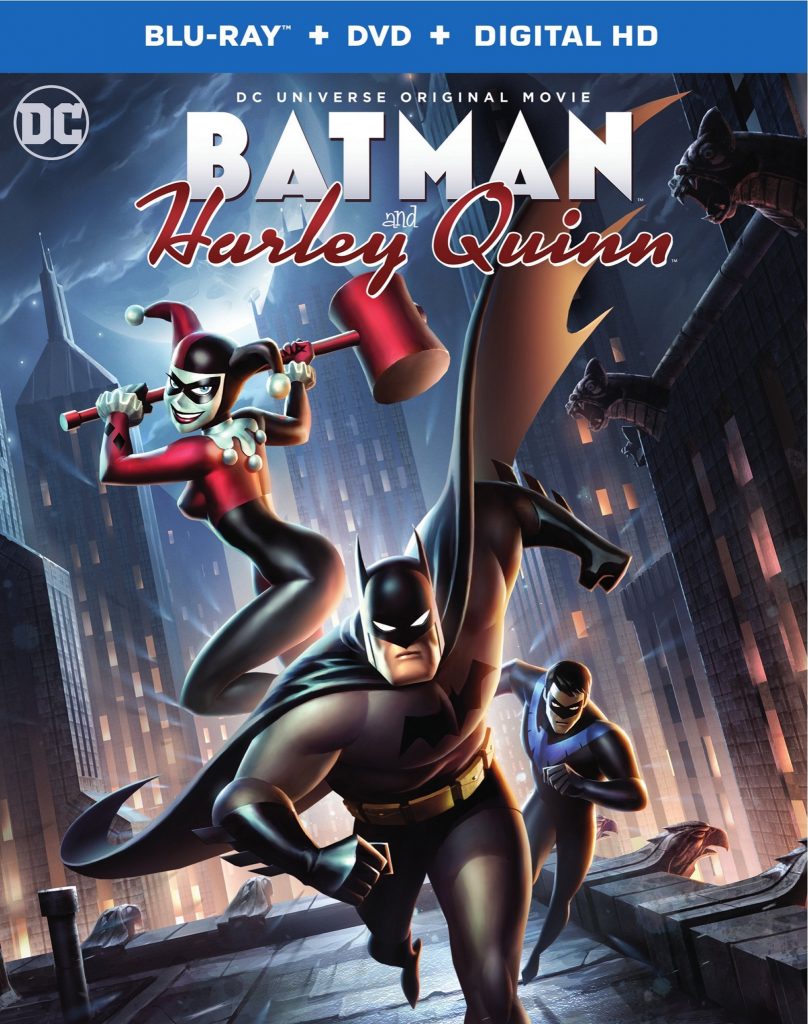 Sometimes it’s fun to do a new take on a classic and maybe spice things up a bit with a little adult flavor. In the case of Batman and Harley Quinn, the latest DC Animated Universe film, things are certainly spicier than Batman: The Animated Series.

Rauch isn’t quite the same Harley voice fans might be used to, but her performance is largely in line with the majority of Harley takes over the years. Fans of Batman: TAS and the Arkham video game series will certainly get a familiar vibe. Though some of her moments are a little over the top and others feel a little too much like she’s doing and impression rather than her own take.

Conroy and Lester are in typical form, though Lester’s voice is starting to sound more aged now and lacks some of the youthful vibe Nightwing is known for. But he does retain his solid comedic timing and his chemistry with Rauch is spot-on.

The plot is fairly straightforward. The Floronic Man and Poison Ivy want to create a new super virus from the work of Dr. Alec Holland, aka Swamp Thing, to turn the whole world into plant/animal hybrids to save the planet. Batman and Nightwing investigate and as Harley is one of Ivy’s closest friends, Nightwing goes to her for information. Harley has since “gone straight” after parting ways with Joker and a stint in Arkham, but finding work outside of being a waitress as a superhero-themed “Breastaurant” called Superbabes or adult entertainment has proven difficult.

The first meeting produces what could have been the most awkward coupling since Batman hooked up with Batgirl in the recent adaptation of The Killing Joke. Here it’s handled much better and with a fun comedic flair that’s in line with both characters involved. And as Batman reluctantly (and hilariously) agrees to work with Quinn things go from crazy funny to just crazy.

Fans of the classic TV series will immediately be drawn to the animation style of this one as it looks straight out of 1994. Though some of the humor doesn’t quite hit. There’s a fart joke that is pretty great at first but drags on too long. There are a couple of musical numbers, too that half-work, though like the fart joke, they go on too long.

The action and sight gags are pretty much right on. Bruce Timm’s style is all over this one, but in the best way. All the adult jokes he cleverly hid in Batman: TAS are worn fully on this movie’s sleeve. And without any ties to previous continuity or a continuing universe, this one-off is just a good time. But that doesn’t mean it can’t take on a serious tone here and there, too. Harley truly gets the best moments there, too, as we see a human side to the character that’s often lost when her “insanity” is used as too much of a crutch.

Sam Liu directed this one from Timm’s story and it seems both learned some lessons from their last outing together with The Killing Joke. Sticking to what they’re both best at is to this one’s benefit all the way around.