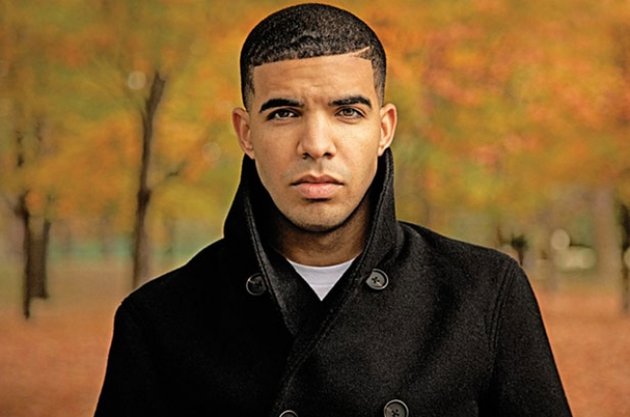 This is a tiny look into the history of pop music. Every year, a handful of musical artists are vaulted into the pop elite by being nominated for a “Best Newcomer/Breakthrough” award. At the time of this artistic milestone, a large number of the population already has a familiarity with either the name…or at least the sound. Yes, I am aware that some influential debut album by some underground/niche band came out that changed music forever, but this is pop…ular music. So, you can argue all you want about how Har Mar Superstar (whom I’ve been told is a real musical act) is better than anyone on every list ever and have been rated as the number one album of all time by some blog, then good for you.

Did you know: After Sam Bradford was chosen with the #1 pick, the next three QBs off the Board were Tim Tebow, Jimmy Clausen, and Colt McCoy? Did you know that Minnesota passed over DeMarcus Cousins for Wesley Johnson with the #4 pick in the NBA Draft? What does this have in common with music? Nothing, but 2010 is/was the last year we can look at with some reflection – and let me warn you, it’s a rough ride. 2010 was the year that the record companies said “OK, who’s the only segment of the population that buys our music? 10 year old girls? There is our target market.”

Last time I briefly touched upon American Idol and how it had been on the decline. It appears that 2010 finally was the nail in the coffin for this show, and I mean that on a couple of levels. The show had been on for 9 seasons, new judges started appearing, old ones started leaving, and most importantly — all of the winners became interchangeable. People would sit at home, watch, and vote. However, when it came time to support their champion, they were nowhere to be found because a new season would come on and it was time to repeat the cycle all over again. Last year was last year; we have new favourites now. Look at the 2010 timeline and you’ll see where I am going with this. The season was over and Lee DeWyze was crowed champion in May of 2010. His album (which only peaked at #19) was released in November 2010 and by October 2011 his label dropped him. So much for artist development, right? American Idol and RCA Records has an exclusivity deal where the winner would be given an album deal through their 19 Records imprint. Mr. DeWyze was the last winner under this agreement and due partly to some let’s say underwhelming sales figures, they chose to not renew their deal and were quick to dump some of the albatrosses. So how does one go from winning a competition in front of 25 million TV viewers to being without a label? *shrug* So whatever happened to Mr DeWyze? I don’t know whether this is an indictment on the industry as a whole or on the artist’s talent, but he was not picked up by any other label and released one album last year that didn’t crack the top 100.

What was the main difference between the many waves of pop sensations of years past and this one? Two words – Social Media. We know that 12 year old girls are overly dedicated to their beloved pop icons, but we don’t need to *know* that. Have you ever read one of their twitter feeds? *Shudder* That’s why I look at people who are now in their 30s as the last generation that had some semblance of privacy. There was no twitter, no instagram. There was the web, but not a need to overly have a presence on it. They were able to do stupid shit and history can only be judged by what they are willing to admit. Kids these days don’t have that. “What do you mean the interwebs won’t delete all my risky decisions?” *shrug* Live by your camera phone, die by your camera phone. So in the end, is it all Mr. Bieber’s fault? It’s not like he can live a normal life. His very vocal fan base has made the rest of the world turn on him. Let’s look at…NKOTB. We all knew they existed, but if you didn’t care what they were up to, you can quite easily avoid it. In today’s hashtag TMZ celeb society, I can’t go very far online without reading about what Bieber did this week.

Look, I’m not defending him at all, but I’m not mad at him personally. I’m mad at him because I’m forced to read about what he’s doing all the time. I’ll put it this way – imagine yourself at age 17. Remember how you were such an upstanding citizen then? You were a pure Mother Teressa/Pope John Paul weren’t you? Imagine you, again at 17, with millions of dollars, and no one around you to say “no”. That’s the problem. It’s like LeBron James’ decision. I don’t blame him for going to Miami, I blame ESPN for putting on stupid two hour press conference. It was his people that were like “yeah man, you’re a rock star, people will love it!” Nevertheless, I think I’m good here. We all know what Mr. B is up to…and all his Beliebers…thanks to twitter.

Here’s another person I am done with. I don’t understand his allure. I don’t understand this “Bottom” he had to rise up from? A middle class upbringing in Canada? Way to overcome there chief! He’ll be releasing his fourth album next year in which he will just perform spoken word instead of rapping or singing or whatever and his fans will eat it up and it will go #1. Next.

So, we finally have it, the scenario that TV executives have dreamed of – the rags to riches story! In comes this timid little performer on Britain’s Got X Factor Voice Talent, and then wows everyone and winds up winning the competition and being a household name overnight and spoofed on topical tv shows such as SNL and Futurama. I mean, could you come up with a better script than that one? So what became of this 49 year old overnight sensation? Well, she’s released four albums – two of which are Christmas albums. Of those four albums, there are only three original compositions, none of which she wrote. So, yes, she’s sold millions of records…but – the last two (a Broadway musical album and a Christmas album) failed to reach #1 in either the UK or US…and, does she take the cake as the greatest karaoke signer of our time? Nevertheless, it’s safe to say, those who are older and still buy CDs would rather hear someone sing their favourite tunes as opposed to new stuff that she wrote herself.

I will be the first to admit that I don’t listen to country music, I don’t know anything about country music…and I don’t want to know about county music. I think I heard a Florida-Georgia Line song once…and that is all I know about recent country music. Is Garth Brooks still a thing? Anyway, the Zac Brown Band is a country band and not a fake Disney band like I had thought. So, they won a ton of awards including a Best New Artist Grammy. They have released 15 singles off three albums, and again, I thought they were one of those Disney bands like the Jonas Brothers. They last released an album in 2012, so I guess they’re due for one next year, and it will probably go #1 and will probably sell a million albums. I mean, don’t get me wrong, they can be a the best band in the world, but I’m not at the point in my life where i will listen to country music willingly

British Duo The Ting Tings are one of the many bands that got the Apple iBump as their “Shut up and Let Me Go” song promoted the iDon’tKnow (ha!). I was actually shocked to see that they were nominated for a Best New Artist Grammy in 2010. On a side note, I always wanted the “guitarist” from the Ting Tings to join Meg White from the White Stripes to form THE WORST BAND EVER. I like reading how “praiseworthy” it is to be able to play so slow and controlled…riiiight. It takes so much talent to be able to play that poorly. The same goes for the lead singer/guitarist from the Ting Tings. I like how she just hugs that one chord and never lets it go as she just strums away. At one point I felt bad for the drummer as he seemingly had to overcompensate for his partner’s perceived lack of talent, but then again if you actually listen to the music, are those extraneous instruments I hear in the background? Bass? Keyboard? I don’t see any of those on the stage? What is going on here? Where are they coming from? Shenanigans! Anyway, they weren’t a hit in the US, with their album We Started Nothing topping out at #78 (they were #1 in UK) so it shouldn’t come as a shock that they didn’t do anything since then. They released a followup album in 2012 peaking at #23 in the UK and were then released by their record label. They have an independently produced album out in October 2014.

So there it is, the rookie class of 2010. Next time we start going backwards. Thanks for reading.