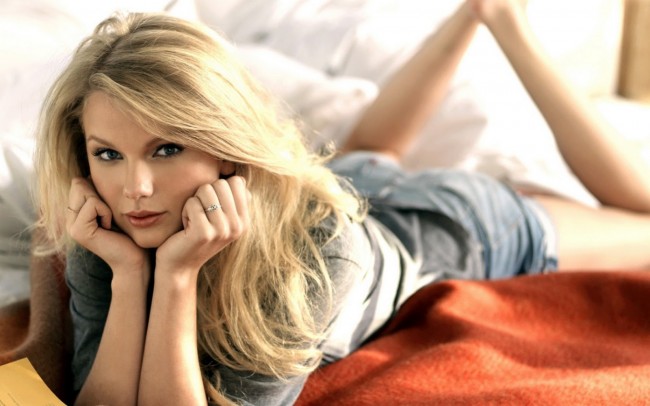 This is a tiny look into the history of pop music. Every year, a handful of musical artists are vaulted into the pop elite by being nominated for a “Best Newcomer/Breakthrough” award. At the time of this artistic milestone, a large number of the population already has a familiarity with either the name…or at least the sound. Yes, I am aware that some influential debut album by some underground/niche band came out that changed music forever, but this is pop…ular music. So, you can argue all you want about how Dale Earnhardt Jr. Jr. (whom i’ve been told is a real musical act) is better than anyone on every list ever and have been rated as the number one album of all time by some blog, then good for you.–

The year of 2008 was a mixed bag in all facets. In the NBA, players like Russell Westbrook, Kevin Love, and Derek Rose all rose to stardom, while high picks like Michael Beasley, Anthony Randolph, and #8 pick Joe Alexander haven’t fared as well. Likewise in the NFL, on one hand you have players like Matt Ryan, CJ2k, and Jerod Mayo….however, picks #6-8 were Vernon Gholston, Sedrick Ellis, and Derrick Harvey. All three players were out of the league by 2012 (Gholston only made it through the 2010 season). Music, likewise, had a diverse grab bag of artists to strike gold that year. Some have maintained their position whilst others could not maintain their iBump. So, without delay, here is the mixed bag known as 2008.

There is no doubt that she has tremendous musical talent, but the only issue I have with this whole thing is her “humble beginnings.” We all know she grew up on a Christmas tree farm in rural Pennsylvania. Did you know that this “rural” town borders Reading, Pa (a town of 80,000 people and home to Monopoly’s own Reading Railroad)? Also, did you know that her parents were both banking executives? No wonder all she has to sing about are her various ex-boyfriends.There isn’t much else to complain about with all that private schooling and horseback riding. I also like how she is constantly annoyed with other comedians/artists/general public constantly make fun of her ex-boyfriend theme. My two cents: diversify your songs, maybe? Nah. Also, if you have multiple relationships that all somehow ended badly, two conclusions can be made.

1 – She has the worst taste in love interests (and should not seek pity) or 2 – Maybe she’s the problem. If the one constant for everything is you, and everything turned out bad, then maybe you should look at that one constant variable? Just sayin’…But getting back to the music, now that she’s a country star, she can set up in Nashville and be a legend forever. So her career is as long lasting as she wants it to be, something these pop artists cannot say.

The class of 2008 brought us another star who could been at the top of the class had she not lost the battle to her demons. Did you know that if you base it on the US charts, she was only a one hit wonder here? Her Back in Black album sold 20 million copies worldwide, but was never able to produce a #1 single? Rehab made it to #7 and #9 in the UK and US respectively. Totally strange, right? I know. I don’t really know what more that can be said about her. She had a voice that to this day is unparalleled, a stupid hairdo, and a very public battle with her very private demons. She never did release a followup to her smash album and finally passed away in 2011, even though her health started to deteriorate as she was winning these awards.

As I have mentioned in previous pieces with the Ting Tings and CSS, Canadian singer-songwriter Feist was a recipient of the Apple iBump. Thanks to her song being in the promotion for the iSomethingOrAnother, her song 1,2,3,4, was an overnight success. This second single off her 2007 “The Reminder” released peaked at #8 in the US and #3 in Canada. The song didn’t have that much chart success, but then again, did it really need it? Every 8 or 10 minutes it was in some commercial break on some channel. So, did this iBump translate into long term success? Depending upon who you ask, not really. She took a two year break citing exhaustion, and then released a well-received album in 2011 that debuted at #7 in the US. Granted none of her seven singles did anything, but when do indie songs chart in pop? Very rarely. So it looks like she’s back in her little niche world, but she now has that “with the hit single” blurb she can put on her press blurbs.

Continuing the trend of female artists in 2008 Tennessee’s Paramore is the rock contribution to the class of 2008 thanks in part to their catchy pop anthems and lead singer’s bright coloured hair, right? It was all hard work and persistence paid off, right? Hmmm…It would appear that the lead singer, Hayley Williams, already had a development deal through Atlantic Records. Apparently, Atlantic wanted to turn her into a pop star, but instead she insisted that she wanted to be part of a band (which she started in 2004…Hmmm…). Their album was supposed to be released again by the major label, but then the marketing department of the major label (not the band) decided that it would be best for the band’s “brand” that they be released by an Indie label. Hmmmm…So then they find themselves on the Fueled by Ramen imprint, home of fellow successful alt-pop acts like Fall Out Boy, Gym Class Heroes, and Panic! at the Disco. Hmmm…So is it a case of another record label created band? Eh, you can judge for yourself, but this doesn’t feel like an organic story to me. Nevertheless, their talent has won out as their three subsequent albums, 2007’s Riot!, 2009’s Brand New Eyes, and 2013 self titled album were all successes, with the latest going number one in a number of countries. So, what is in store for the future of this band? No one knows, but I might venture to guess something like No Doubt couldn’t be too far away. They will go as far as Hayley wants to be in the band. The second she goes onto a solo pop career, the second the rest of this band fades into obscurity.

One of the sadder signs of getting old is when you lose touch with pop culture. I remember when this band won an MTV VMA, I was like “Who? What? Is that a girl or a guy?” To this day, I still echo those sentiments. Yes, they are a younger German version of AFI, but to be fair i’m not sure the lead singer of that band is a guy or a girl either. So, this was the band that all the young girls were into. Ok? I don’t get it, but then again I was too young to understand the glam movement of the 80s…and I’m not a girl. When I was 13, I was listening to Nine Inch Nails, Stone Temple Pilots, and Weird Al Yankovic, so a lot is lost on me. Realizing their potential, they capitalized by re-recording their two previous German albums into English, and there you have 2007’s “Scream.” They rode the wave of success by touring all over the world and releasing a successful 2009 followup, and then things got quiet. Their record label released a Greatest Hits album in 2010, which we all know is either a) a panic move because the band broke up or b) a quick cash grab. In this case it was the latter. However, there was still silence from them until this year, when they will be releasing their next album, Kings of Suburbia, in the next few weeks. How will it fare? Who knows, but their fan base is aging. Those 13 year old girls in 2007 are now 20, and are more interested in [insert social media service here] than spending all their time fawning over some band. It’s safe to assume it will be big in Germany, but elsewhere, who knows. Four years is a long time to take off considering the group you are catering to…I mean, I’m sorry, they do it for the love of music and are content playing in front of five dedicated fans as they are sold out arenas, right?

So, that is the miscellaneousness that was 2008. Again, thank you for reading. Hopefully the next edition will be death-free.