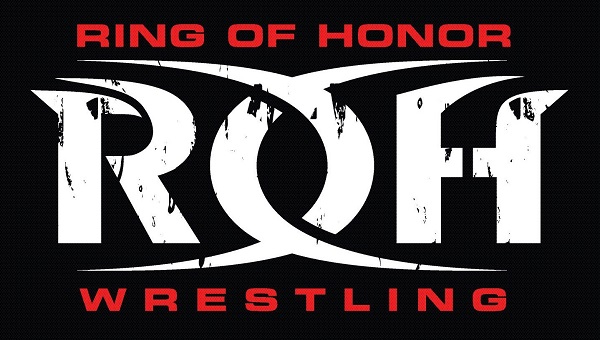 Ring of Honor has been around for damn near thirteen years and I am horribly ashamed I’ve only gotten into it recently. I’m going to keep watching their show and recapping it as it’s something that every fan of professional wrestling should get behind. One of the best things about this show is you can watch it right here. I’m probably going to gush… be warned…

We’re coming off the excellent 13th Anniversary PPV, Jay Briscoe is still YOUR ROH champion, ReDragon are still your tag team champions and Jay Lethal conquered Alberto El Patron. If you missed the PPV get your hands on it now (and check out our Reaction Show), as it’s probably the best North American PPV of the year so far. Can’t wait to see the follow up, and we’re…we’re… we’re back in Philadelphia? Taped on January 24th? I’m still sitting next to the entrance? Oh boy…

Match # 1 The Addiction Vs. The Jays (Lethal and Diesel)

Right off the entrance I’m struck by how much Lethal has become the man in this promotion. Sure he’s not as badass as Jay Briscoe (the third Jay) but he carries himself with all the poise and credibility of a world champion. ORDER THE REPLAY! Well, that took up half the screen… We get started with Kazarian (who I love) chain wrestling with Jay Diesel. Diesel may be the single worst wrestler currently on the Ring Of Honor roster. He’s clunky and slow. It does appear that he’s sponsored by KLM airlines so maybe I’m missing something that some billionaire sees in him.

Lethal gets in and wants “the old guy,” which is just great heel work. We start an episode long sub plot of Steve Corino potentially getting replaced on commentary by Christopher Daniels. It’s fun and doesn’t detract from Kevin Kelly’s outrage at the sheer number of rules that are being broken. Once again the commentary is stellar as usual. And just as I write that, Truth Martini trips Daniels from the outside and Corino declares “Daniels tripped!” You can’t really go wrong when channeling Bobby Heenan.

This match is solid whenever Jay Diesel is on the outside, and even when he’s in it’s totally watchable. Lethal makes the simplest of rest holds look like he’s wrenching addiction head off. I’ve also really come around on Daniels since his TNA run. He’s tightened up his work, although he’s still a little lazy with concealing his knaps. Maybe it’s a personal pet peeve of mine, but if I can clearly see you slapping your knee I’m taken a little out of the match. Kazarian and Lethal have a great sequence which makes me long for a ne on one match between them. Maybe I’m being too hard on Diesel he’s really…OH MY GOD HE TOTALLY MISSED CATCHING LETHAL. THE COMPANY IS DEAD!!! Perhaps a bit overdramatic, but come on, catch the damn TV champ. The finish sees a guy in a neutral mask distract Daniels enough that he gets rolled up and pinned by Lethal. Since I started watching ROH this is the first time I’ve seen this finish. I was under the impression it was the industry standard.

We come back from break and we get a package chronicling the Top Prospect Tournament to date. The video makes it look like a hell of a tournament, which it was in some ways, but all I’m thinking about now is Dalton Castle, his magnificent bird/sex slave entrance and his war cries. He now has a fan for life.

Match # 2 Donovan Dijak Vs Will Ferrara

This is your top prospects tournament final and..ORDER THE REPLAY!!! OK. I watched the show, I loved it. Do I need a giant Jay Briscoe graphic intimidating me to spend more money?

I like Dijak but when he wears the basketball jersey over his wrestling trunks I seriously doubt for a minute that he’s wearing any pants at all. Then I picture the incident that follows with him flopping all over the ring with a thousand times more grace than naked Mideon. Also his sneer in his tale of the tape picture sells me on the fact that if this actual wrestling thing doesn’t work out, he could totally be a Vaudevillian.

This is a great little David and Goliath type match up, what? Oh I didn’t mean to be off putting with the Religious overtones. This is a great Frodo and Treebeard type mat…too geeky? This is like Vietnam and the US…what? They lost that one? It’s a big guy versus a little guy and they manage to make you believe the little guy can win.

Dijak is a beast and he’ll be in the WWE by the end of the week. Which is totally a shame because they’d have no clue what to do with a guy who’s 6’9″ and can do a moonsault off the apron. They’d probably put him in Adam Rose’s party or some stupid shit like that. They do the Randy Savage thing (also not a bad guy to channel) where all the managers come out to watch the finals and are there to pitch their services to the winner. I’d be remiss if I didn’t mention that Brutal Bob looks an awful lot like a jacked up version of a Shakespearean actor I know. An actor who’s far more pomp than circumstance, and before you start to worry that that comparison made no sense just think I’m channeling Randy Savage.

In the end, Dijak wins a pretty great little match by turning an “Eyes Wide Shut” (are they with the red mask people?) into a “Feast Your Eyes” (what’s with all the eye references?) for the win. The Decade, Veda Scott, Truth Martini and Brutal Bob all congratulate him as he does the weird cat claw thing with his hands.

A nice little touch saw all three commentators popping for the near falls towards the end of the match. Their body language matched their voices and added to the overall investment of the match. Throughout the match Corino was still worried about being replaced by Christopher Daniels. Sitting beside him was Caprice Coleman on commentary. At one point Coleman described Dijak as having “Dangerous size, dangerous strength which can be very dangerous.” That’s about one more dangerous away from being the most repetitive person on commentary in wrestling right here, right now, TONIGHT!

Side note. As I was sitting near the entrance when Ferrara and Dijak got backstage they got a huge ovation from everyone in the back. I thought that was really cool of them, and I’d like to believe the locker room is as positive as I’m imagining it.

Match #3 reDRagon Vs. The Decade

This is for the ROH tag titles, and look reDRagon are wearing the IWGP Junior heavyweight tag belts they lost weeks ago. The beauty of a very old taped show. Whitmer and Page attack before the bell which just seems to piss the champs off. I’ve spoken at length of my fear/respect for Jay Briscoe as champ but reDRagon have the act down just as well. Two badass shooters you wouldn’t want to mess with. This was a solid tag title defense from the champs, as Page and Whitmer put up a great fight and we get some swank tandem offence from the title holders. I love when someone fucks with O’Reilly on the apron and he proceeds to nearly break their arm off with some sort of hanging submission.

As hard as the Decade guys worked here, it’s hard to watch this match after having just watched reDRagon fight the Young Bucks. It’s legitimately almost two completely different products. There’s also a wonderful contrast between what I was ragging on Christopher Daniels for earlier and Kyle O’Reilly looking like he’s crushing Adam Page with forearms and kicks. Or maybe he’s just crushing Page with forearms and kicks. Either way it looks good. I’m also unsure how they manage to fake those running knees to the back and side that O’Reilly does. See, that’s awesome wrestling, when I start to actually suspend my disbelief that no, Adam Page is not going to spend the night in the hospital pooping black stuff. Page attempts a standing shooting star press only to be trapped in an arm bar. Whitmer tries to intervene but Fish pins him down, which is a spot I adore. Page has no choice but to tap to end this great little tag match and I….ORDER THE REPLAY!

Whitmer gets in Corino’s face and pours water on him to end the show. I’m not usually a fan of wrestler/announcer feuds, but Corino has enough good will built up with his stellar work that he could be the god damned Gobledy Gooker and I’d still be a fan.

Best Match: Donovan Dijak Vs. Will Ferrara
Worst Match: The Addiction Vs. The Jays (Only because of Diesel)
Best Promo/Skit: No Talk, Only Fight.
Worst Promo/Skit: See Above.
MVP: Steve Corino

– There’s a very strong presentation of the Champions, as Lethal and reDRagon are consistently presented with credibility.

-Tournaments are fun, and a tournament strictly for young guys is a great idea.

– There’s no bullshit on the show, just non-stop action..

– The environment is such that no single loss hurts any character. Everyone is credible. Other promotions should take note.

– Here’s the big one: You have a fantastic PPV and you follow it up with month old footage? This is pretty damned egregious here. You have potentially new eyes tuning in you should at the very least show them that they can’t afford to miss an episode. You can cover it up so much with the announcers being vague about all the “great action” that happened, but you can’t cover up that it makes your product feel stale and your show completely missable. Sure the matches were great tonight but who’s Jay Briscoe’s next challenger? Why isn’t Jay Lethal bragging about beating a former WWE champion? Is ACH dead from that DDT? Samoa Joe??? A great PPV is wonderful, but people tune in for the follow up. If you don’t give them that follow up you feel like a second rate promotion. Which ROH is not.

Regardless of the petty flaws, you still get great wrestling with an old school feel every week. Plus you get to see guys like Jay Lethal who would be totally wasted in the big leagues. Hopefully next week we’ll get some story progression, for now I’ll enjoy the tag matches and stew about ROH not being the number one promotion in the world.

Thanks for Reading! See You Next Week! Keep supporting Place to Be Nation. If you dug my stuff check out “The Seinfeld Re-Watch” and “The Great WrestleMania Re-Book“. If you hated my stuff and or me check out all the other great writers. They’re a great bunch!