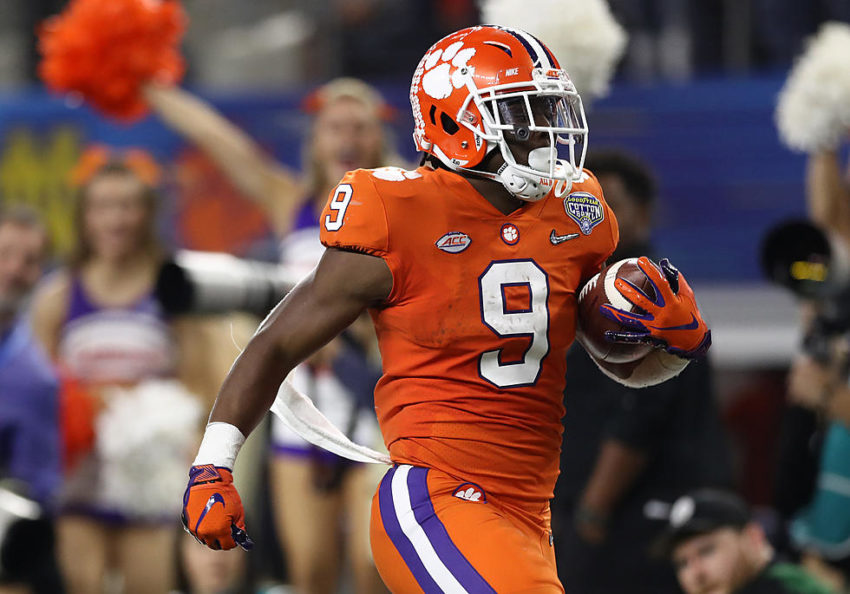 We’re Back!!!! The 2019 College Football Season is upon us, and your humble correspondents have returned. Yes, Scott Criscuolo & Logan Crosland will give you a recap of the previous week’s games and look ahead to the big games the following week. Clemson is your defending National Champion, and they’re likely going to be back in the Playoff this year, along with Alabama. Will we see yet ANOTHER championship game between the Tigers & the Tide. Will former Bama QB Jalen Hurts spoil things and get Oklahoma back to the Playoff. Can Notre Dame get back and perhaps actually WIN a playoff game? We begin here. Let’s get started with the Week 1 takes.

SEC Struggles to Open Year: One of the big things that stood out to me on opening weekend, is that outside of maybe 3 teams the superpower that is the SEC struggled mightily. Even teams who ended up winning like Florida, Alabama, Mississippi State, and Kentucky struggled through at least portions of their respective games and though they might’ve won it was ugly at times. Then their are the teams that lost to what was perceived to be lesser competition such as Ole Miss, Missouri, Tennessee, and South Carolina. South Carolina is the most excusable one of those as North Carolina is a power conference team, so they were at least a little stiffer
competition. Tennessee on the other hand met, lost, and pretty much got dominated by lowly Georgia State, while Ole Miss and Mississippi lost to Memphis and Wyoming respectively. While most of the struggles can be attributed first week jitters, the conference better kick things into gear if it wants to continue its dominance.

Auburn Wins a Thriller Behind Freshman QB: In what was probably the best game of the first weekend, the Auburn Tigers took on the Oregon Ducks. A lot of the hype coming into this game was surrounding the QB matchup between projected early first round pick Justin Herbert and
true freshman Bo Nix. While it looked like the experienced Ducks and Herbert were going to run away with this game, it was young Bo who was able to lead his team back late from the brink of defeat. The defense for these Tigers are going to be able to win them a lot of games, but if Bo
can show the poise he did in this game they could be dangerous. The Ducks on the other hand, while this doesn’t completely sink their season, the room for error has shrunk significantly.

Iowa State Escapes in Triple OT: The Cyclones come into this season with much more hype than usual and have expectations of contending for the Big 12 title with the likes of Oklahoma and Texas. With Northern Iowa coming to Ames, I won’t say they were expecting a walkover but definitely weren’t prepared for fight they ended up getting. Northern Iowa hung around and even led most of this game. Iowa State made a late field goal to force overtime. During the third overtime Northern Iowa had a chance to win the game when Iowa St RB Sheldon Croney fumbled at the goal line, before QB Brock Purdy dove on the ball to save the game for his team.
Croney would make up for his mistake and score the game winning touchdown on the very next play. The Cyclones were able to avoid disaster this week but will need to clean things up if they want to be players in the Big 12.

Oklahoma…Heisman 3 Peat?: Before I say anything else I am not beginning to say anyone is a Heisman front runner one week into the season. With that out of the way, Jalen Hurts in his first game for the Sooners, that neither of their consecutive Heisman winners Baker Mayfield or Kyler Murray did. That feat was scoring 6 total touchdowns in just 3 quarters of play. With his experience in big games and talent, if he continues to put up numbers like these he’ll be in the mix for that coveted trophy and could give Oklahoma their third consecutive winner.

Boise State Pulls One Out: Ever since Boise State emerged on the scene in the early 2000s, they have been a dangerous team for anyone power program that schedules them. While in more recent years they haven’t pulled as many upsets as they may have at one time, they are always very well coached and a hard out. This weekend’s game against Florida State was
originally scheduled to be played in Jacksonville but was moved to Tallahassee due to weather. So for Boise this went from being a neutral site game to being a true road game, which puts them at a little bit more of a disadvantage. Add on top of that, they started a true freshman at QB. They were able to overcome both of those odds, as well as a rough first half, to pull of the huge road win against the Seminoles 36-31.

Easy opener for the Champs: Travis Etienne spent all offseason trying to ignore the national attention headed his way. Well after last Thursday he won’t be hard to find. The reigning ACC player of the year rushed for a career-high 205 yards and three touchdowns, including one from 90 yards out, as Clemson overpowered Georgia Tech 52-14 to open defense of their championship. Trevor Lawrence was average in this one, going 13 of 23 for 168 yards, but honestly it didn’t matter. The defense played great and everything clicked. It will have to click next week, because Jimbo Fisher’s Texas A&M Aggies aren’t Georgia Tech.

Typical ND…start awful, finish strong: As usual with Notre Dame in an opening night prime time game, they start lousy and finish strong. The crowd at Louisville was pumped and ready for the Scott Satterfield Era. The offense was hot and the intensity was there and with 2 minutes to go in the half it was 14-14, but a turnover led to a late ND touchdown and the defense held firm in the second half. The Irish win 35-17 and Ian Book threw and ran for a TD. He struggled early as he wasn’t comfortable in the pocket and his throws were all over the place. But Brian Kelly settled him down and he was fine after that. A bye this week, then the home opener next week against New Mexico.

Scott Frost’s new slate: Scott Frost is going to do his best to try and get Nebraska back to the top of the heap and not be a doormat like they’ve been pretty much since they left the Big 12. Well the jury is still out after Week 1. Yes they defeated South Alabama 35-21, but it was only 14-7 at the half and the offense was sluggish throughout. Not quite sure of the Black Shirts defense has returned but they did play very well and forced five turnovers. But the Huskers turned the ball over three times themselves. Adrian Martinez didn’t sparkle and has more to prove. They hit the road this week to face Colorado in an old Big 8 rivalry.

79 points????: For the first time ever, two conferences teams score over 70 points in the same week. Penn State destroyed Idaho 79-7, while Maryland crushed Howard 79-0. I…just wanted to point that out.

Academies Update: As in past years, Scott will update how the three Service Academies do on a week-by-week basis. Army won the CID trophy for the second straight year in 2018, and opened the year with a lackluster 14-7 win over Rice. Navy struggled last year, but opened Saturday with a 45-7 win over Holy Cross. Air Force also opens with a win, 48-7 over Colgate. This week Army is at Michigan, while both Navy and Air Force has byes.

No rankings yet, as the CFP poll won’t be for another month or so. Let’s just dive into this week’s schedule and take a look at the biggest games: